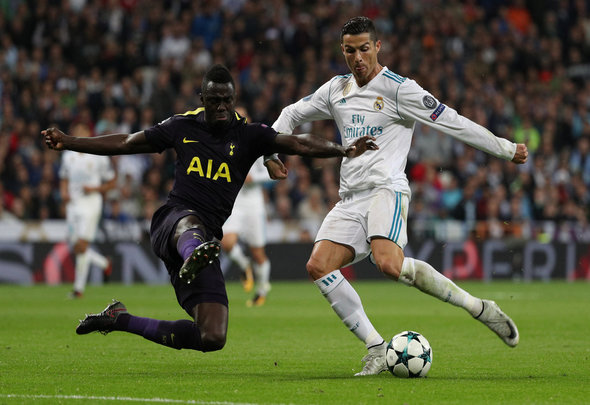 Tottenham remained joint top of their Champions League group after securing a 1-1 draw with Real Madrid at the Bernabeu on Tuesday.

A Raphael Varane own goal off of a Serge Aurier cross gave the visitors the lead but it did not last long as the Ivory Coast defender conceded a penalty just before half time, which was duly dispatched by Cristiano Ronaldo.

The scoreline could have been much more had it not been for the performances of Keylor Navas and Hugo Lloris, who both kept their sides in the game with a series of impressive saves.

The result means both sides sit on seven points at the top of their Champions League group having already beaten Borussia Dortmund and Apoel Nicosia, who also played out a 1-1 draw in the other group game on Tuesday.

So what can fans take away from Tottenham’s clash with the reigning champions?

Here, Football Insider analyses three things learned in their draw with the Spanish giants, including one man whose performance proved he is destined for the very top.