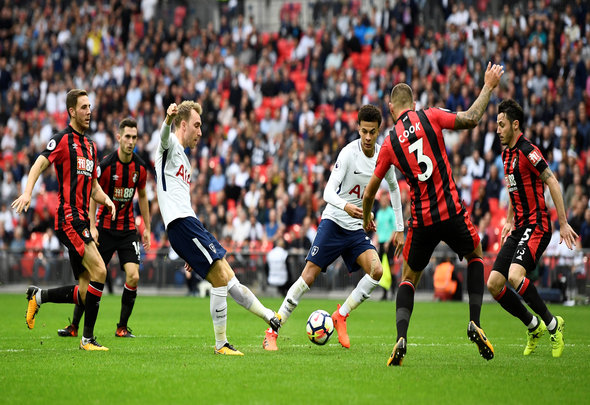 Tottenham secured their first home league victory at Wembley as they nicked a 1-0 win over a struggling Bournemouth side.

Christian Eriksen’s second half strike, coming just minutes after the break, was enough to see off the Cherries, who were resolute at the back but struggled to threaten Hugo Lloris in the Tottenham goal.

It could, and probably should, have been more for Spurs, but Harry Kane was uncharacteristically wasteful in front of goal, with Asmir Begovic pulling off several saves to deny the England striker.

So what can Spurs fans take away from their side’s victory over a side placed 19th in the league?

Here, Football Insider analyses three things learned in their first league win at Wembley, including one man whose performance should see him be axed from the starting XI.