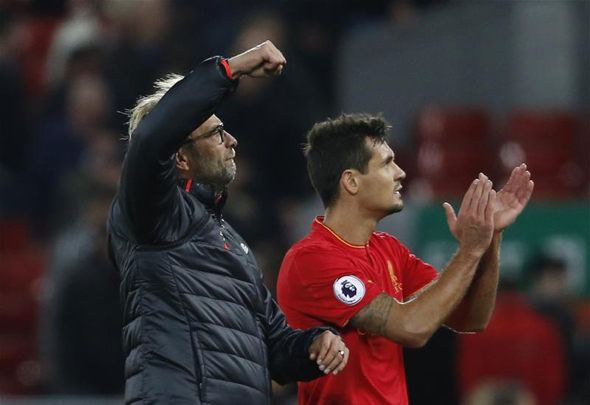 Can is back to to his best

Undisputably Liverpool’s best central midfielder last season, Emre Can had a difficult start to the new campaign due to a niggling ankle injury. Rusty when he made his comeback against Manchester United, the German has gradually built up his match sharpness to the point where he is now back to his best. Technically excellent, Can was outstanding against Bournemouth. He led the press from midfield and was super smooth with the ball at his nimble feet. Delivered a smart ball to Sadio Mane for the opener and got on the scoresheet himself with a fine curling finish to put the visitors 3-1 up.

It is one of football’s truisms that players’ reputations rise when they are out of the team. Joel Matip certainly appears to be even more important to this thrilling but vulnerable Liverpool side in their wake of their second-half meltdown against Bournemouth. The Merseysiders were seemingly in easy street until the home side won a penalty, sniffed a stunning comeback and took advantage of the chronic lack of pace of centre-back pair Dejan Lovren and Lucas Leiva. Matip, who was absent with a minor ankle injury, was sorely missed. The classy defender has ice in his veins and is not prone to the kind of errors that are a regular feature of Lovren’s game. The 25-year-old Cameroonian has emerged as Liverpool’s best defender and must always start when fit.

Lucas is above Klavan in pecking order

It might be something of a back-handed compliment but Lucas has emerged above the error-prone Ragnar Klavan in the centre-back pecking order. The Brazilian was part of a back line that caved in against Bournemouth in the second half but he was not the worst defender on show in the luminous yellow away shirt. Far from it. The more experienced Lovren had horrible second half, while James Milner was little better. It was a collective failure.

In other Liverpool news, here are the Football Insider player ratings for Klopp’s players against Bournemouth.