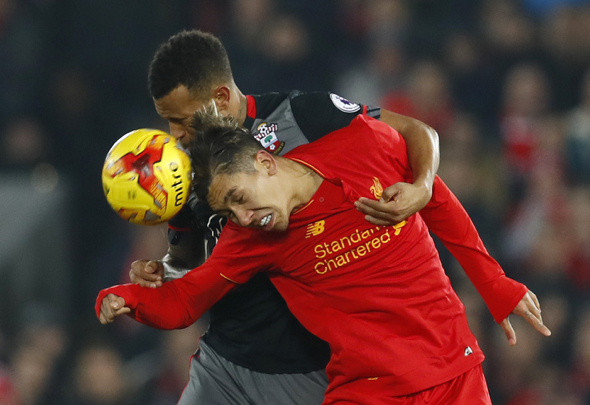 Liverpool beat Watford 1-0 at Vicarage Road on Monday night to claim a huge three points in their quest for a top-four finish.

Emre Can scored a genuine worldie in first-half injury time, and his goal proved to be the difference between the sides.

The win leaves Jurgen Klopp’s side third in the Premier League with three games remaining.

The Reds put in a solid, all-round performance against the Hornets, but not everyone was up to scratch – here are their three worst performers.

The 31-year-old has done a fantastic job for Klopp filling in at left-back and he is certainly defensively solid. But his attacking deficiencies were highlighted again at Watford. He struggles getting forward down the left because of his tendency to cut onto his right foot, meaning he does not put in nearly enough crosses and Liverpool’s attacks often break down because of it. He has done Klopp a huge favour by filling in there, but investment is needed in the summer, as Milner cannot play there if the Reds want to mount a serious title challenge.

The Brazilian suffers from playing on the wing to accommodate for Divock Origi. He is not a natural wide man because he lacks pace and delivery – he should instead be played down the middle where he excels as a false nine. Firmino has provided eight assists while playing in the middle this term, while he has provided only two from the wing. The 25-year-old had a shocker against Watford – he looked uncomfortable and isolated, and he struggled to make an impact. He did not get on the ball enough, and his clever movement was wasted out wide. If Klopp wants to get the best out of Firmino he must be employed in a central role, as either a false nine or as a secondary striker.

Origi has now gone four games without scoring, and frankly he has not looked like scoring in any of them. He is in a rut and his side is suffering because of it. His normally reliable hold-up play looked average against Watford and he was bullied by their second-rate central defenders. The 22-year-old did not do enough in his movement to make space for Firmino and Adam Lallana to do damage in. Daniel Sturridge made a late cameo appearance and did more than the Belgian – perhaps he will be preferred to start next time against Southampton.

In other Liverpool news, fans heaped praise on this 27-year-old and called him to be recalled.