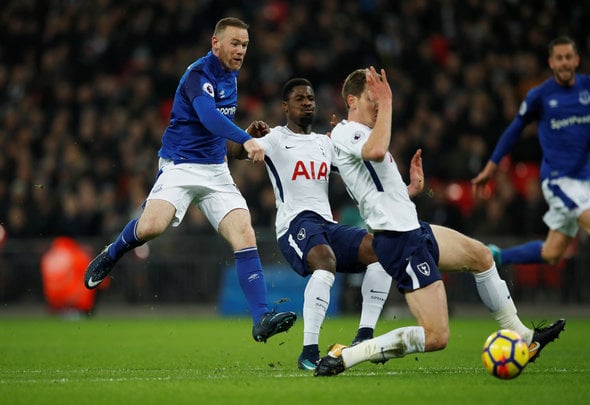 Sam Allardyce must surely be thinking about benching Wayne Rooney following the former Manchester United forward’s lack of form in front of goal.

Defeat to Manchester City on Saturday marked the 32-year-old’s 12th game without registering on the score sheet despite scoring 11 goals in 24 games earlier in the campaign.

The Everton hero returned to the club last summer to see out his final years at the club where it all began for him.

But the Toffees need to be careful this it doesn’t turn into a huge disappointment, and they start getting more out of United’s record goalscorer.

Presently, they aren’t and rather than helping the Blues, his inclusion in the starting XI is becoming more of a hindrance.

At Old Trafford last season, it was evident at times that he was a player who would often slow down the pace, rather than inject speed into the side, and now he is doing the same at Everton.

Sam Allardyce has been roundly criticised for the style of play he has impressed upon the players and supporters are unhappy with what they are witnessing but with the likes of Rooney in the team, it is no surprise they’re seeing this this slow, sluggish football.

This side are crying out for pace in the heart of midfield and by opting for Davy Klaassen instead of Rooney, it could save Big Sam’s job.

In other Everton news, ‘Complete passenger’, ‘Besic would’ve been better’ – Toffees fans are still raging about one man after defeat v Man City.