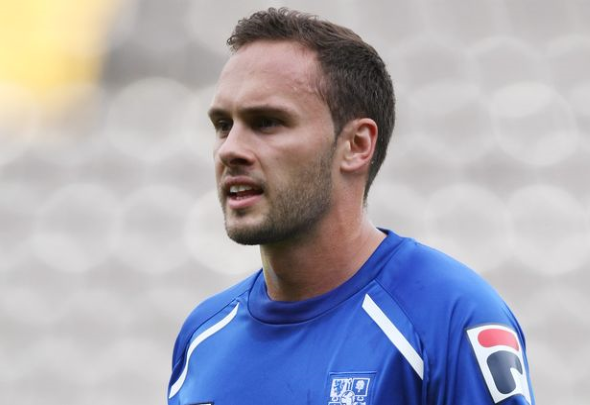 Tom Hateley believes Jamie Murphy will be “absolutely buzzing” to finalise his proposed move to Rangers after spending time at Motherwell with the winger before Murphy headed south to join Sheffield United.
The Brighton attacker is widely expected to be confirmed as the Gers latest signing on Friday after completing a £1million move to his boyhood heroes.
Murphy began his career at Motherwell before a stint in Sheffield eventually led him to sign for Brighton where he was a key player in their march towards promotion to the Premier League.
Despite being such an important part of last season’s success at the Amex, Murphy found himself on the fringes of the side this season and has only made a handful of appearances.
Hatelely insists moving to Ibrox will be a “dream come true” for Murphy after growing up a Gers fan.
“We were close at Motherwell, we’ve stayed in touch since we both left and our wives are good friends too,” Hately said, as quoted by the Daily Record.
“We still talk all the time and I’m delighted for him because I know he’s a big Rangers man. We had to keep it quiet when we were at Motherwell mind you!
“He will be absolutely buzzing. I am 100 per cent sure this will be a dream come true for him.”
Hateley – son of Rangers legend Mark –  made over 170 appearances for Motherwell before heading to Poland to sign for Slask Wroclaw.
The talented full-back returned to Scotland to sign for Dundee at the beginning of last season but left Dens Park after only one season.
Murphy will become Rangers’ second signing of the transfer window after Sean Goss agreed a season-long loan deal from Championship side QPR.
In other Rangers news, a defender has agreed terms for a temporary ibrox exit.