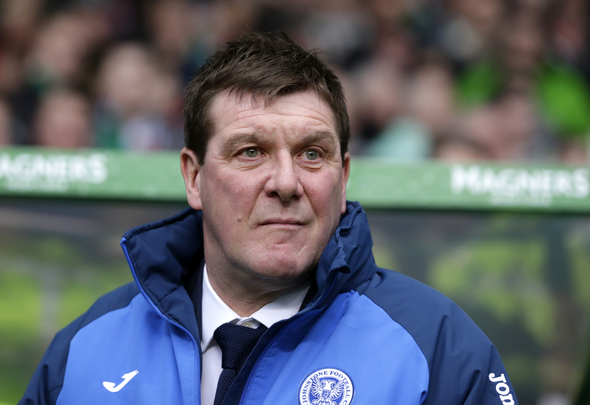 St Johnstone manager Tommy Wright has insisted that he is unaffected by speculation surrounding him with the vacant Rangers job.

The 53-year-old has claimed that he still has work to do with his current club but was flattered by the link to the Scottish giants.

Rangers have been without a manager since earlier in the month when Mark Warburton left the club in controversial circumstances.

“This has all been speculation and I have said before that it shows how good a job we must be doing if I am being linked with a club the size of Rangers,” Wright said, as quoted by the Scottish Sun. “But my focus and commitment is totally on St Johnstone.

“I’m planning for St Johnstone and the future. I still have a lot of unfinished business here.”

Wright has led the Saints to fifth place in the Scottish Premiership and they look set for a top-half finish this season.

His side are beginning to catch up with third-placed Rangers and they are now just within six points of the final Europa League place ,which is occupied by the Gers.

The Perth club face a trip to Rangers on Wednesday night in a game that could see the gap between the two clubs close up to three points.

The former Northern Ireland international goalkeeper joined the Saints in 2011 as an assistant manager. He was promoted to the club manager in 2013 and won the club’s first ever Scottish Cup in 2014

He has had previous spells with Ballymena and Lisburn in Northern Ireland.

In his playing days, Wright had spells with Newcastle, Manchester City and Nottingham Forest.

In other Rangers news, Warburton eyed as perfect candidate for Premier League job.