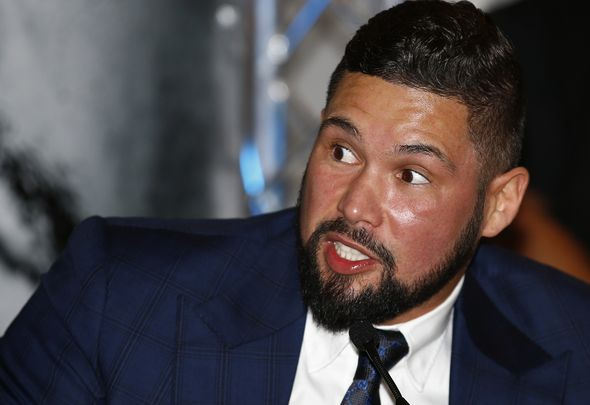 Boxing icon Tony Bellew has taken a jibe at Liverpool after they picked up just one win in January.

The WBC cruiserweight champion, a well-known Everton fan, could not resist the urge to lay into their Merseyside rivals, following their miserable form last month.

Jurgen Klopp’s Liverpool won just one of their nine games in all competitions in January, a run of form which also saw them eliminated from both the EFL Cup and FA Cup.

They are now ten points behind Chelsea in the title race – a lead that could jump to 13 points on Saturday – and Bellew criticised Liverpool for thinking they’d won the title in October.

In his column for the Metro, he said: “Liverpool thought they’d won the league at the end of October.

“Jurgen Klopp was the messiah and now all of a sudden he’s the worst manager ever. It’s ridiculous really. He’s an amazing coach, but he’ll need time to adjust to England.

“So many things change when an overseas manager comes here. Fortunate for us [Everton] we have a tried and tested manager, but Klopp is used to a different format.”

If Liverpool fail to beat Hull on Saturday, then they could well be out of the title race for good – especially if leaders Chelsea defeat Arsenal at Stamford Bridge.

They drew the plaudits earlier in the season for their slick attacking play, which saw them pick up wins against Arsenal, Chelsea, Leicester and Tottenham.

However, their defensive frailties have since been exposed, and they’ve not managed to keep a clean sheet in the league since the narrow victory over Manchester City on December 31.

Since arriving at Anfield in October 2015, Klopp has had several opportunities to win silverware, but he has yet to lift his first title in Merseyside.

The Reds lost to Sevilla in the Europa League final last season, while they were also defeated by Man City in the League Cup final.

They had the opportunity to reach a third final last month in the EFL Cup, but lost to Southampton in the semi-final.

In other Liverpool news, pundit Mark Lawrenson has delivered his prediction ahead of Liverpool’s meeting with Hull on Saturday.