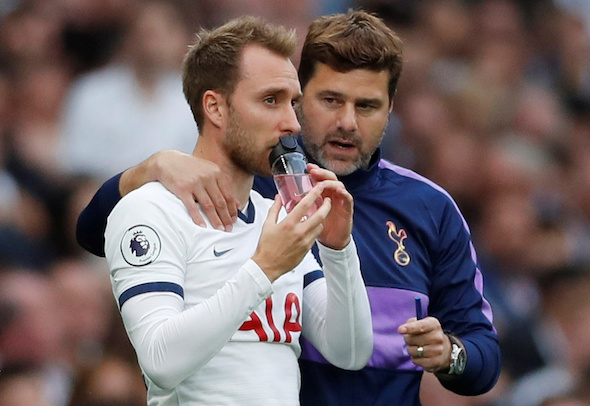 Darren Bent says that Tottenham manager Mauricio Pochettino may have been trying to be “too smart for his own good” after leaving Christian Eriksen out against Newcastle United.

Speaking exclusively to Football Insider, the former Spurs and England striker insists that it was a mistake to start with the Danish international on the substitutes’ bench against the Magpies if he was fully fit.

Eriksen had started Tottenham’s 2-2 draw a week before Newcastle visited north London, Joelinton scoring the only goal of the game to hand Steve Bruce’s men a shock victory away from home.

Bent admitted he was staggered by Pochettino’s decision and says that if Eriksen is fit and ready to play, he should be included in the starting XI every single match.

Bent told Football Insider: “It’s crazy, I don’t quite understand it. When I saw it, I thought: ‘Hm.’ Sometimes the manager can be too smart for his own good, they try these clever line ups.

“When you look at Spurs’ team, you think how can they leave Christian Eriksen out, they need him. He’s their most creative player. We don’t know what’s going on behind the scenes but if Christian Eriksen’s fit and alright, he plays.

“It was such a hammer blow for Spurs.”

Eriksen has not started just one of the club’s opening three Premier League fixtures, having been benched on the opening day against Aston Villa, but has still played in every one of the games.

Spurs’ next match sees them take on north London rivals Arsenal in an early-season derby clash, the Gunners having been beaten 3-1 by Liverpool in their last game.

In other Tottenham news, Football Insider can reveal that one senior star is edging closer to agreeing a double-your-money contract after a major u-turn.