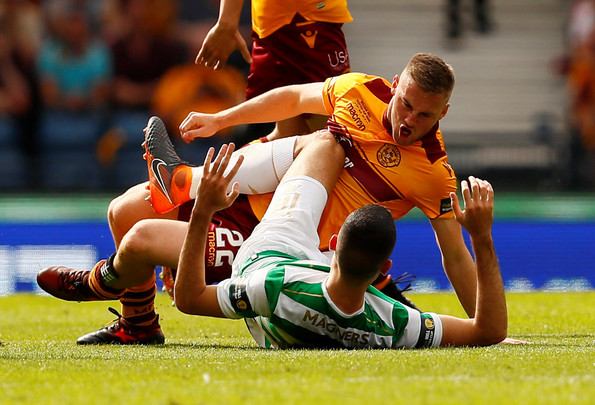 One thing that has been noticeable in Rangers’ recruitment policy since Mark Allen was appointed as director of football, is that the Gers have concentrated on signing home grown talent.

The likes of Jason Cummings, Greg Docherty and Jamie Murphy were all recruited in the January transfer window, to varying degrees of success.

That policy don’t look like it is going to change when Steven Gerrard becomes the manager, and Allen should be allowed to continue his recruitment of the best young talent in Scotland.

One player that should be high on his list, is Motherwell’s defensive midfielder Allan Campbell.

The 19-year-old was a stand-out for the Steelmen this season, making 37 appearances as the Fir Park side reached both domestic cup finals.

He also has a tough, arrogant streak like a lot of good players have, as he once told Celtic captain Scott Brown, as reported by Evening Times, that he should worry about facing him, and not the other way about.

The Gers do have other options in the midfield area, and it seems like one place will be reserved for Ross McCrorie.

The other could well be reserved for Campbell, as a midfield combination of a 20-year-old and a 19-year-old will provide the team will plenty of energy.

The Gers have lacked intensity in their side since they returned to the Scottish Premiership in 2016.

A player like Campbell would certainly provide that, and the fans would take to him immediately.

In other Rangers news, the Gers must complete a deal for this player as soon as possible