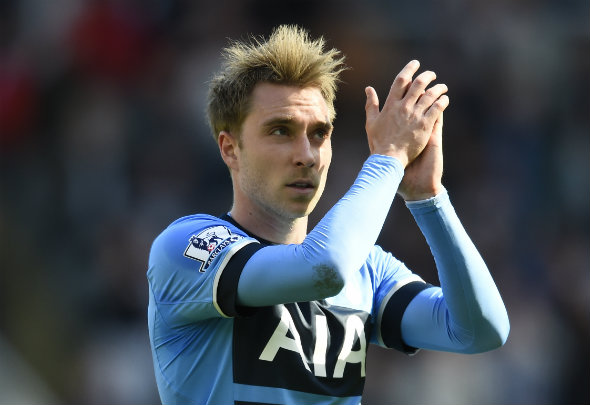 Christian Eriksen believes that Tottenham can still win the Premier League this season.

The 24-year-old claims that Spurs are still contenders despite currently siting fifth-placed in the league table and being 10 points adrift of table toppers Chelsea.

Mauricio Pochettino’s side have responded to a 1-0 defeat against Manchester United by recording successive victories over Hull and Burnley in their last two games.

The north London club finished third last season in their bid for the Premier League and will now have some experience of a title run-in.

Eriksen feels that Spurs are “100 per cent” still title contenders and drew positives from the defeat in November against current league leaders Chelsea.

“Yes, 100 per cent, for sure (we are contenders),” Eriksen told Sky Sports. “If you watch the first 44-and-a-half minutes of the game at Chelsea, I think we did very, very well. We showed we can compete with them.

“It’s not like you can say ‘Oh they are much better’. For us it is just about keeping up with everyone else and being as close as possible to the top.”

Spurs suffered a narrow 2-1 away defeat against Chelsea and had took the lead through Eriksen.

Pochetitno’s side looked the better side during the first-half, but goals from Pedro and Victor Moses turned the game on his head.

Eriksen has enjoyed a decent campaign and has made 23 appearances across all competitions, scoring seven goals and supplying four assists.

The attacking midfielder has scored five times in the Premier League and is one of Pochettino’s most trusted players.

He is one of the players tasked with supporting forward Harry Kane in the goals department and he scored a brace in the recent win over Hull.

In other Tottenham news, Dele Alli has delivered his verdict on the club’s 26-year-old.