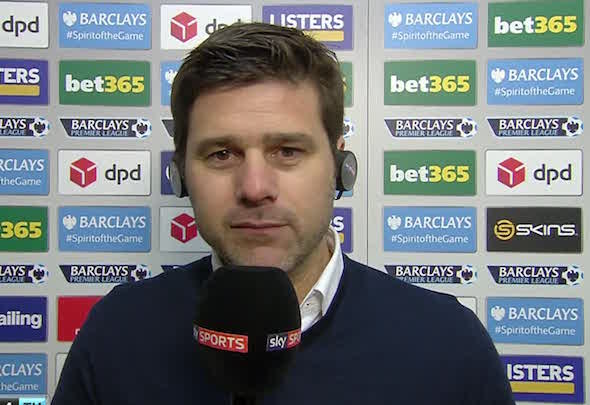 Mauricio Pochettino has revealed that he could be tempted into managing England in the future.

The Tottenham manager went public with his interest into taking on the job of leading the national team in the week in which Sam Allardyce was forced to quit the post after being entrapped in an undercover sting.

Pochettino has been mentioned as a possible contender to replace Allardyce on a permanent basis.

Pochettino says leaving #THFC now is ‘impossible’, but admits he would be open to managing England in the futurehttps://t.co/PzMdpGxaB9 pic.twitter.com/cGRkln3glZ

The Argentine, who is in his third season at White Hart Lane, signed a new five-year contract with the London giants in May of this year.

Speaking on Friday ahead of his team’s clash on Sunday against Manchester City, Pochetttino said he remained fully committed to Tottenham but did not rule out the possibility of managing England one day.

This came just hours after Arsenal counterpart Arsene Wenger had also admitted interest in the post.

Asked about managing England, he told talkSPORT: “Yes, why not? In the future. Not now, it’s impossible. I signed a new contract here. It’s not my moment.”

England Under-21s manager Gareth Southgate has been appointed caretaker boss of the senior team for the next four matches while the Football Association scour the market for a permanent successor to Allardyce.

It has been speculated that the governing body could be prepared to wait until the end of the season if Wenger does not commit to a contract extension with Arsenal.

In other Tottenham news, former Spurs coach Les Ferdinand has claimed that this White Hart Lane youngster is the “next big thing”.