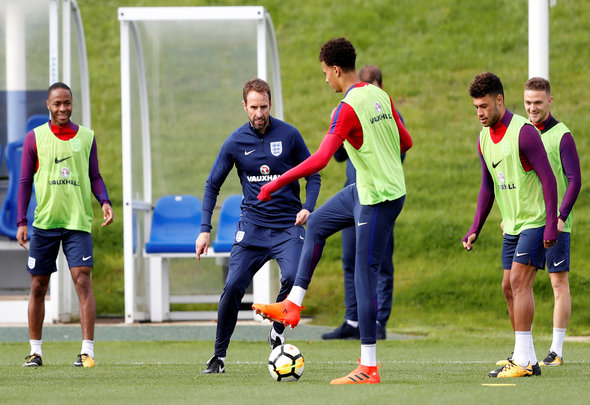 Former Chelsea striker Tony Cascarino has said that England manager Gareth Southgate will be urging Tottenham’s Dele Alli to rediscover his best form ahead of the World Cup finals next summer.

The 21-year-midfielder has been one of a couple of outstanding performers for both club and country, having shown off his talent following a move from MK Dons back in 2015.

He netted 10 goals and picked up a further 11 assists in his debut season for the Lilywhites, before moving up a gear to score 22 goals and provide his team mates with 13 assists across his 50 appearances last season.

However he has not shown the same form coming into this season, with three goals and a solitary assist in eight outings, instead finding himself the centre of controversy in a number of incidents.

He was banned for one international game after FIFA ruled he had made an “unsporting and offensive” gesture on England duty, while he was widely chastised for appearing to dive during Tottenham’s 4-0 win over Huddersfield.

Now, Cascarino has revealed that Southgate will be sitting down with the youngster and insisting that he improves his performances, as he is expected to play a key role for the Three Lions.

Writing in his column for the Times, he said: “There is no doubt that he has dipped in terms of form and impact from last season.

“Southgate will be saying to him: ‘I need you to get back on form, we will need you next summer.’

“Alli can’t just think he’s a star because he has had a couple of good seasons for Spurs.

“He’s got the swagger of a star but he has to make sure he backs it up with his performances. It’s also about making sure the positive things he does outweigh the side some see as negative.

“It’s up to him now as to which side of his game he becomes most famous for.”

Alli has made 104 appearances for Spurs so far, with 35 goals and 25 assists to his name.

Despite his age he is already a fifth of the way to earning a century of caps for England, with 21 outings and two goals in his international career.

England take on Slovenia and Lithuania in their final World Cup qualifying matches during the international break, knowing that a victory in either would secure their place at next summer’s finals.

However they will face Slovenia without Alli as he serves his one match suspension handed to him by FIFA’s disciplinary panel.

In other Tottenham news, Moussa Sissoko has been singing the praises of another Premier League side.