Tottenham are gearing up to sell Nabil Bentaleb for £17million to Schalke, according to a report.

The Sun claim the Bundesliga club have been so impressed by the midfielder this season they are all but certain to sign him permanently next summer.

Bentaleb left Spurs for Schalke on season-long loan at the end of August after falling down the pecking order at White Hart Lane.

Since leaving, the 21-year-old has watched his parent club build on last season’s third-place finish while Schalke sit 12th out of 18 teams in the Bundesliga following a disappointing start to the campaign.

However, despite his loan side’s slow start to the season, the Algerian has made a big impact.

Bentaleb has scored three goals and supplied two assists in nine league matches and, in all competitions, has netted four times from 13 games.

The central midfielder, who has already accumulated 20 Algeria caps, still has nearly four years remaining on the Spurs contract he signed in the summer of 2015. 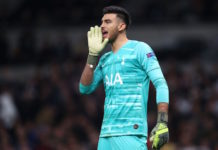 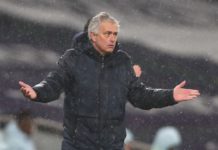 Danny Mills: This is when Tottenham will sack Mourinho after big development