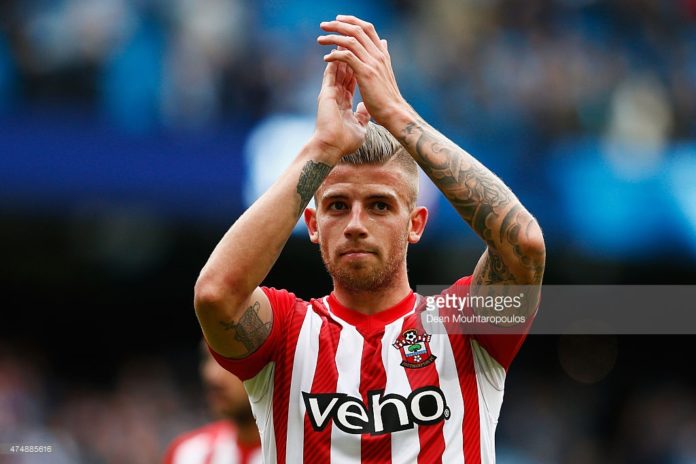 By Tottenham correspondent Tony Hughes
Tottenham are set to finalise the £11.4million signing of Toby Alderweireld after agreeing a fee with Atletico Madrid on Saturday night, Football Insider sources understand.

Spurs officials met with their Atletico counterparts in Spain and settled on a deal worth an initial £11.4million rising to £12.8million with add-ons.
Alderweireld is now set to become Tottenham’s most expensive signing this summer following the deals for right-back Kieran Trippier and centre-back Kevin Wimmer.
Spurs are confident they have beaten Southampton to the signing of Alderweireld and that the deal will be finalised in the coming days. Football Insider revealed on Saturday that the north Londoners were closing in on the Belgium star.
Saints manager Ronald Koeman admitted last week he has been pursuing the versatile defender, who spent last season on loan at St Mary’s from Atletico Madrid.

Southampton have a £6.8million option to buy Alderweireld, but Atletico can cancel that clause for £1.5million and then sell to the highest bidder.

After holding out for over £10million for the 26-year-old, Atletico have now agreed a fee that could rise to £12.8million.

Alderweireld, a Belgium internaional, has been deemed surplus to requirements by manager Diego Simeone.