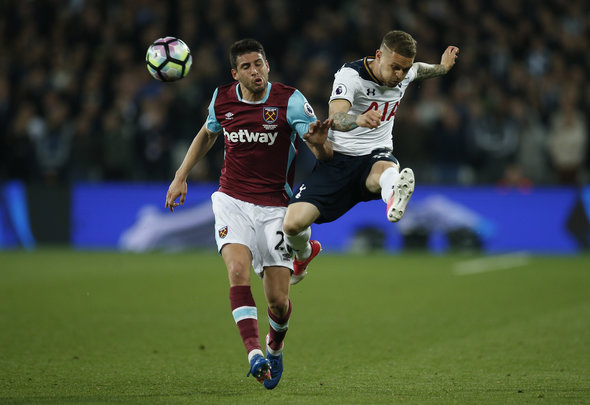 Tottenham have confirmed that right-back Kieran Trippier will not be named in the squad to face Newcastle United at St. James’ Park on Sunday.

The north London club issued an update on the extent of the 26-year-old’s injury and announced that the defender had sustained ligament damage to his ankle, but luckily for fans the recovery time for the problem would be short.

Trippier limped off during Spurs’ pre-season friendly against Serie A outfit Juventus and, after undergoing a scan, the club confirmed the England international’s injury on their official Twitter account.

In addition to Trippier, the club ruled out three more names from the squad on social media.

The club confirmed that Georges-Kevin N’Koudou would be sidelined on Sunday, while long-term absentee Erik Lamela would remain out following numerous hip surgeries.

Danny Rose, who made the headlines this week following a very honest interview about wages and the club’s transfers, will also be off the team sheet with his troublesome knee injury.

TEAM NEWS: @gknkoudou (foot), @ErikLamela (hip) and Danny Rose (knee) will miss out. All other players are available for selection. pic.twitter.com/S2qO7tNYey

With the club stating that all other players are up for selection, it could mean a return for winger Son Heung-min after breaking his arm earlier in June while on international duty with South Korea.

Victor Wanyama missed the north London club’s Juventus friendly following a minor knee problem, but it looks possible for him to make his come-back during the Premier League opener.

Boss Mauricio Pochettino has faced scrutiny for his limited squad choices after the manager failed to sign any new players during the summer transfer window.