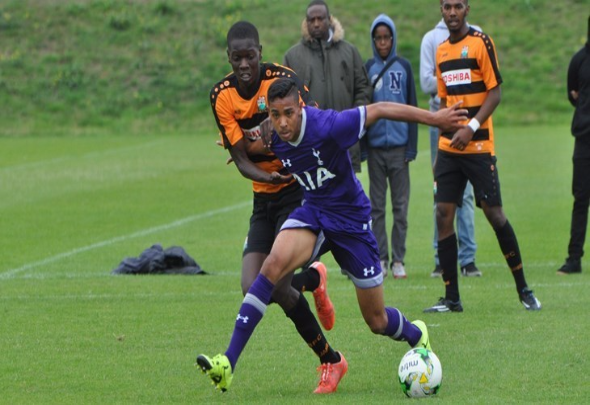 Tottenham academy midfielder Dylan Duncan has been called upon to train with the England squad on Monday afternoon.

The 17-year-old will take part in the Three Lions’ training session as they prepare for a Wembley clash against Spain on Tuesday evening.

The official England twitter account confirmed on Monday afternoon that the emerging Spurs man had been given the honour of some involvement with the country’s top performers.

The national side are currently training in Spurs’ Enfield base ahead of the clash.

It is stated that Duncan has been called up with only 19 outfield players available to train on Monday.

Star Tottenham forward Harry Kane returned from international duty on Sunday following a pre-agreement after his recent return from injury.

Meanwhile, captain Wayne Rooney and full-back Ryan Bertrand have also pulled out of the session due to minor injuries.

It made sense to call-up Duncan with the session being held at Tottenham’s base and the youngster will now get the opportunity to train with the country’s biggest talents.

He joined the White Hart Lane side in the summer of 2015 and will now be set to be put through the paces as England gear up for a clash against the world’s 10th ranked country.

In other Tottenham news, fans reacted on Twitter to Kane’s contract blow.