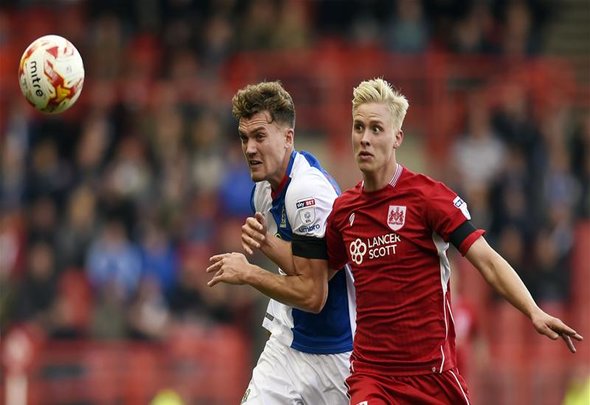 Tottenham and Everton are interested in Bristol City defender Hordur Magnusson, according to a report.

Sports website HITC claim that the Premier League duo are in pole position for the Icelandic centre-back, who moved to Bristol City in the summer transfer window.

The report details that there are six top-flight clubs interested in signing Magnusson, but Spurs and Everton are currently the frontrunners.

It is understood that the 23-year-old would cost over £10million to sign on a permanent deal after making an impressive start in the Championship.

Magnusson moved to Ashton Gate in the summer from Italian giants Juventus and can also be used as an emergency left-back.

He was an unused substitute in Euro 2016 with Iceland, who remarkably eliminated England in the last-16, but has made seven appearances for his nation.

The defender has been an inspired signing by manager Lee Johnson and played 90 minutes in all 16 league matches this season.

Bristol City are currently ninth-placed in the Championship and are just two points adrift of the play-off places with Magnusson playing a crucial role in their success this campaign.

Forward Tammy Abraham, who is on-loan from Chelsea, has also been a key player for Johnson’s side and scored 12 goals in 20 appearances across all competitions.

In other Tottenham transfer news, the club are eyeing a goal-a-game striker with a release fee set at £35million.