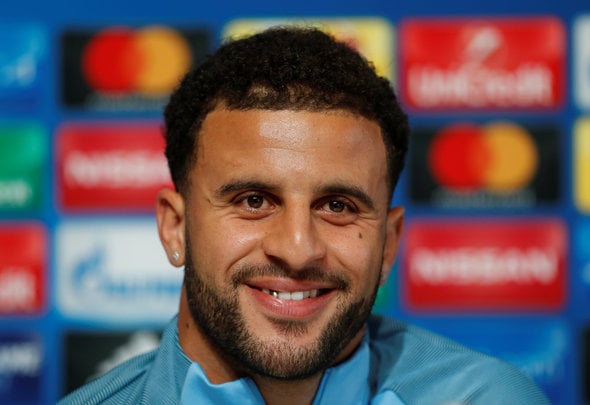 Tottenham fans took to social media to mock the performance of former defender Kyle Walker after his performance for England in their 1-0 win over Slovenia on Thursday.

The 27-year-old was named among the starting XI for Gareth Southgate’s as the Three Lions looked to secure their place at next summer’s World Cup in Russia.

Gareth Southgate’s side knew that victory at Wembley would see themselves book their place automatically, but found chances against their opposition at a premium, securing victory in added time thanks to a Harry Kane strike.

They struggled to break the resolute Slovenians down in what proved to be a poor performance, with Walker lashing a free kick far over the bar from a dangerous position.

However he played a crucial role in England’s winner, delivering a low cross for Kane to poke home from a couple of yards out.

Tottenham fans turned to Twitter to voice their opinions on their former man, with many questioning how the Lilywhites managed to get £50million out of Manchester City.

Hahahaha that’s why we got rid of you Kyle walker! #coys

Walker is showing on two occasions why Spurs took the £50M and run! #ENGSVN

No wonder England underachieves. Harry Kane is on the field and Kyle Walker is taking free kicks in a dangerous position…

Walker already back to the pre-Pochettino days, I see. Happy days.

Walker is having a mare, reminds me of his early Spurs days….

Pundits saying full backs too high. Cant remember walker ever getting back at spurs guy attacks but cant defend.

Walker made 229 appearances for Spurs during his time at the club, having joined from Sheffield Wednesday back in 2010.

However he saw his seven year stint in North London come to an end when Spurs’ top flight rivals Manchester City secured his transfer with a £50million deal.

On the international stage Walker has earned 29 caps for England, having made his debut in 2011, but is yet to find the back of the net.

In other Tottenham news, they are set to go head-to-head with Liverpool for an international enforcer. 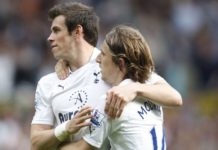