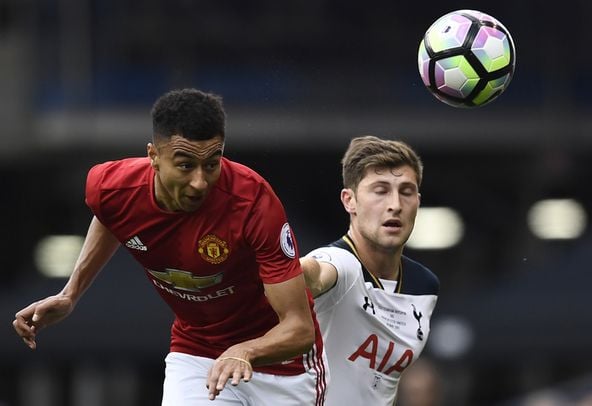 Ben Davies gave yet another impressive display for Tottenham during the win over Manchester United on Sunday – and fans on Twitter were in agreement.

The 24-year-old has been handed regular opportunities in the first-team in the continued absence of Danny Rose this season, and he has continued to draw the plaudits with his performances.

Davies played the full 90 minutes for Tottenham on Sunday afternoon, supplying an assist, as they bid farewell to life at White Hart Lane with a 2-1 win over Manchester United.

The Wales international has played 32 times in all competitions for the Premier League outfit this season, contributing one goal and two assists.

So impressed with Ben Davies since he's come into yhe side. His improvement has been unreal under #Poch. #COYS #THFC

Oh baby, that is some cross from Davies. Love you Victor #THFC #TheLaneTheFinale

How good is Ben Davies btw? The guy is top notch

Victor Wanyama opened the scoring for the hosts with a bullet header, having been picked out in the area with a sublime cross from Davies on the right-hand side.

Harry Kane then doubled the lead early into the second-half, before Wayne Rooney pulled back a late consolation goal.

The win for Tottenham secures themselves a second-placed finish in the Premier League this season, bettering last season’s effort of third-place.

They have also booked their place in the Champions League for a second successive season, but they will be hoping for a much better showing in competition than earlier this season.

In other Tottenham news, Football Insider has revealed three of the main talking points from the win over United.