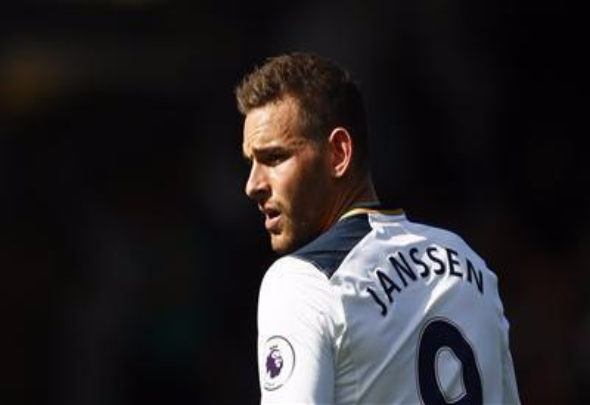 Vincent Janssen was handed his first competitive Tottenham start in the 1-0 win over Crystal Palace on Saturday – and fans were delighted with his display.

The £19million summer signing from AZ Alkmaar was selected in the starting X1 as Mauricio Pochettino sprung a surprise by axing Dele Alli.

Janssen was not able to celebrate his first full start with a goal but played the entire 90 minutes and was a consistent threat at the point of the attack.

The Holland international’s presence meant Harry Kane often dropped deeper into a second striker role but Spurs were able to dominate play and create the better of the chances.

Supporters were impressed by Janssen’s contribution and are convinced the 22-year-old has added another dimension to the front line.

Here are a selection of the messages from Spurs fans on Twitter:

Very impressed with Janson today, great work rate but should have scored! #coys

When Spurs fans want to bin off Jansson after two games. pic.twitter.com/iLfzfiNiqa

Welcome to the Spurs No. 9 shirt Vincent Jansson.

Very impressed with Janson today, great work rate but should have scored! #coys

Janssen looks so sharp. Can see why he started today. #COYS

While Janssen should have scored when 1v1, if he had netted it would have been the complete No.9 performance. Thought he was excellent #COYS

Many quick to draw comparisons to Soldado after Janssen’s miss, intelligent fans will know goals will come likewise with Kane. #COYS#THFC

Really like janssen. Think he will be very important. Link up with kane looked very promising. #thfc #COYS

In other Tottenham news, the club have agreed the terms of a five-year contract with a 21-year-old.