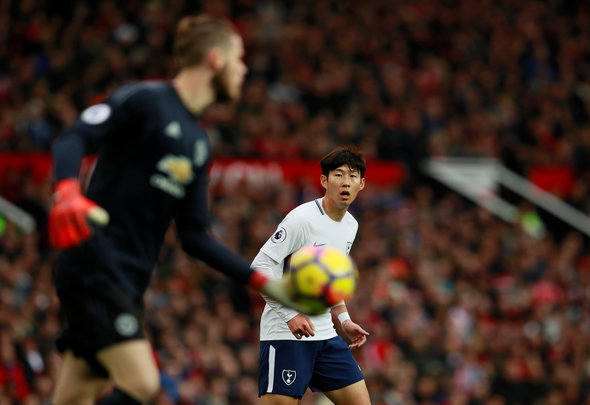 Tottenham fans took to Twitter to both praise Heung-min Son and mock Davinson Sanchez after the two Spurs stars met in an international friendly.

The forward and the defender were named in the starting XI for South Korea and Columbia respectively, and it was the Asian nation which came out on top, with Son netting a double to secure a 2-1 win.

The 25-year-old scored in the 11th and 61st minute, with his first goal sneaking between the legs of his club compatriot, as seen in Football Insider’s video on our Facebook page.

After the match, Tottenham fans took to social media to react to the performance of both of their star men, with many suggesting that Sanchez may be less than impressed with Son’s nutmeg on him.

Sanchez is going to have to beef him for that nutmeg when they get back to Spurs. Nice from Son though https://t.co/EM3v2l6iMa

The man is pure quality#COYS

Never gives less than 100% this lad

Both Son and Sanchez have played an important role in Tottenham’s season so far, with the South Korean forward appearing in all but two of their matches across all competitions, netting three times and chipping in with a further two assists.

Meanwhile the Columbian centre back has turned out in all but one of the club’s matches since arriving from Ajax just after the start of the campaign, scoring his first goal in the second leg of the Champions League qualifying match against Nice.

In other Tottenham news, talks are set to take place regarding the future of Josh Onomah.