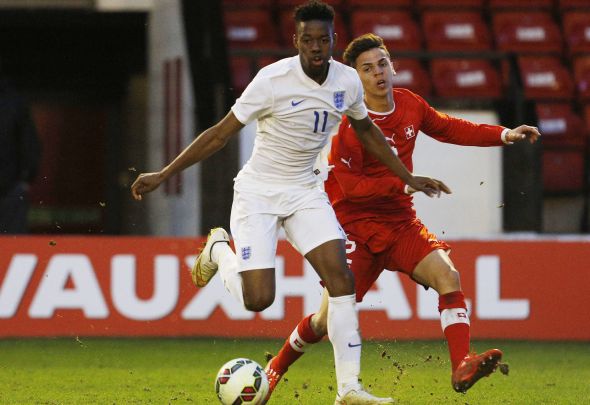 Tottenham fans are delighted for wonderkid Josh Onomah on Twitter after he was called up to the England Under-21 squad for the first time.

The 19-year-old has been rewarded his fine form that had seen him originally called up to the Under-20 squad for the international break.

An injury to Derby’s Will Hughes saw Onomah promoted by an age group to Aidy Boothroyd’s squad that that has upcoming European Championship qualification matches against Kazakhstan and Bosnia & Herzegovina.

Onomah has impressed for Spurs on a more regular basis under Argentinian boss Mauricio Pochettino, who is renowned for his faith in youth.

The attacker has not yet featured for the England Under-21s, and has made just two appearances at under-20 level. The speed merchant played in this summer’s double header against Brazil, but was unable to prevent the Three Lions recording a 1-1 draw and a 2-1 loss.

Fans have reacted with praise for Onomah, with many Spurs fans stating that he is very deserving of the call up.

Delighted to see that Josh Onomah has been promoted to the England Under-21 squad for the first time! Congratulations @Joshuaonomah10! #COYS https://t.co/qcrF03EUbF

Onomah is another one of those potential genuine international talents that should add to quality of 1st team squad https://t.co/K0Kv6j6tF1

So happy for Onomah to be in the u21 squad. Deserved it.

this is only his first?! Shambles

The attacker has featured 23 times for Spurs since making his debut against Burnley back in January 2015, and continues to be highly regarded by manager Mauricio Pochettino.

Onomah will travel to Kazakhstan to face the European minnows on October 6, before returning to England to face Bosnia & Herzegovina on October 11 at Walsall’s Banks Stadium.

In other Tottenham news, Sky have ranked this Tottenham star as the Premier League’s current best.