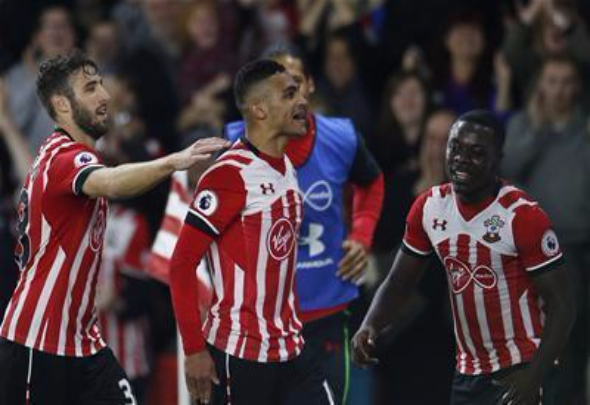 Sofiane Boufal scored a stunning goal for Southampton on Wednesday evening and Tottenham and Liverpool fans were left wondering on Twitter why they didn’t sign the Morocco international.

The 23-year-old attacker was linked with a move to White Hart Lane throughout the summer.

However, he completed a £16million move to Southampton late in the window, which in turn made him the club’s record signing.

Signing with an injury he only made his debut for the Saints last Thursday in the club’s 1-0 defeat against Inter Milan at the San Siro.

He was handed his first start for the club against Sunderland and he repaid Claude Puel by scoring the one and only goal of the match in a 1-0 victory with a sweet strike.

Tottenham and Liverpool fans took to social media to wonder why their club didn’t sign him, while others expected their side’s to make a move next summer.

Spurs ignored boufal for an nkoudou

Can't wait to see boufal play for Liverpool next season

Both Liverpool and Tottenham have started the new campaign in impressive form.

Spurs are currently unbeaten in the Premier League and sit in fifth place, while Liverpool are two places above with one point more in third, sat joint top with Manchester City and Arsenal.

In other Tottenham news, midfielder Andy King is expected to be fit for Leicester ahead of the Foxes Premier League clash with Spurs.