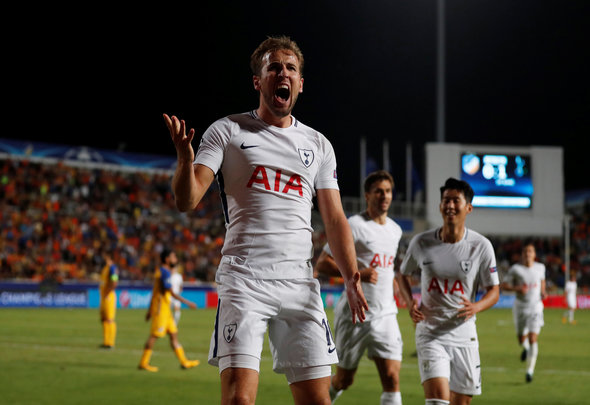 Tottenham striker Harry Kane has said that the club’s Champions League clash with Real Madrid will come down to whichever side takes their chances.

The two clubs are set to go head-to-head at the Bernabeu in October as they seek to secure supremacy in Group H of their European campaign.

Both Spurs and the reigning champions sit on six points after picking up victory over Apoel Nicosia and Borussia Dortmund, and the clash could determine which side ends up topping the table.

However, despite coming up against top stars in the shape of Cristiano Ronaldo, Gareth Bale and Sergio Ramos, Spurs’ star man says both sides will pose a threat to each other, with the victor being the side who can show their efficiency in the opposition half.

Fresh from scoring a hat trick against Apoel in Cyprus on Tuesday, Kane said to the Guardian: “We know it will be tough but it’s two good teams and an open game.

“It will come down to who is more clinical in the final third.

“We feel we can beat anyone on our day.

“We are going there to win, not just to get a result. We will see what happens.”

Barring injury, Kane will be facing off against one of the biggest stars in world football in Ronaldo, and the English international admits that while he will not be going directly head-to-head with the Portugal star, he is excited about testing himself against the best in the world.

“I’m a fan of great footballers and he is one of the best – especially of my generation,” Kane told the Guardian.

Prior to their next outing in Europe, Kane and his team mates face clashes with Huddersfield and Bournemouth in the Premier League, as the club look to push on after a hit-and-miss start to the season.

In other Tottenham news, Kane has upset his team mates after refusing to do something behind the scenes.