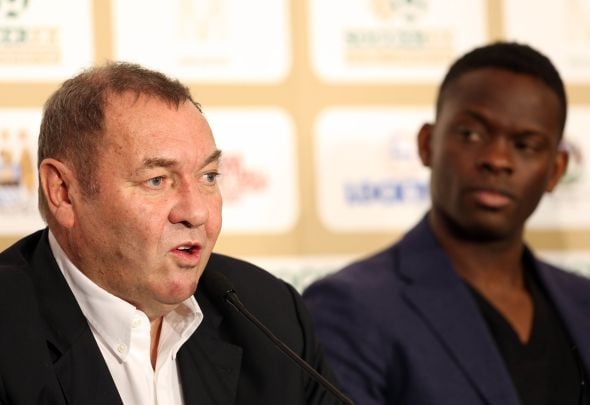 Revie, the son of former Leeds manager Don, was confirmed to have passed away on Friday after suffering from what Soccerex described as a “brief illness.”

Former Suprs player and manager Ardiles posted on his personal Twitter account in the aftermath of Revie’s passing, describing him as a “special, wonderful man” and wished his condolences to his wife Rita and their family.

So so saddened to hear the bad news of Duncan Revie death. A very special, wonderful man. Funny, generous… Been priviledged …

… To have been your friend. Rest in peace my friend. My deepest condolences to Rita and the Revie family.

Revie founded one of the most successful business-based football organisations known as Soccerex in 1995, and has attracted stars such as Eric Cantona, Cafu, Michael Owen and Jay-Jay Okocha to their conventions.

He was born into a football-loving family, after father Don is considered Leeds’ most successful manager. The Yorkshire giants won the First Division on two occasions, as well as the FA Cup in 1972.

Revie leaves behind his wife Rita, as well as two children, Aidan and Natalia as the world of football pays tribute.

Ex-Argentina international Ardiles spent 10 years at Tottenham as a central-midfielder and spent time with Paris Saint-Germain, Queens Park Rangers and Blackburn Rovers before retiring from the game in 1991.

In other Tottenham news, fans have reacted on Twitter to Harry Redknapp being named in the Telegraph’s corruption investigation.