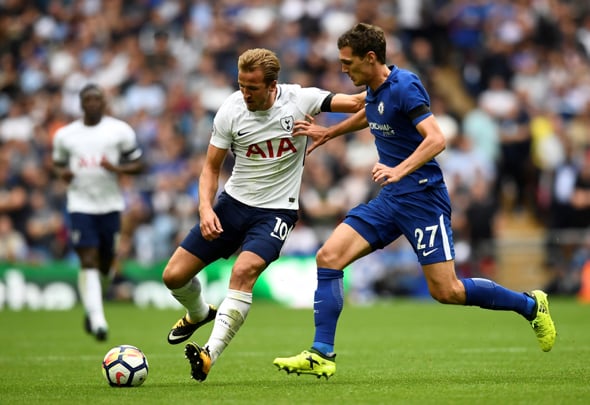 Tottenham striker Harry Kane has been named among the world’s top players on the shortlist for the FIFPro World XI award.

The 55-man index has been decided by votes from over 25,000 professional footballer’s from around the globe, with those receiving the most votes being named on the list.

Star striker Kane is Spurs’ only representative for the award, after his 29 league goals in 2016/17 helped him secure the Premier League golden boot as well as firing the club to a second place finish behind champions Chelsea.

He faces a tough fight to be named in the eventual line up, which will be announced at the Best FIFA Football Awards in London on October 23rd, with some of the world’s top stars vying for the honour of being named as one of the three forward’s in the World XI.

The likes of Lionel Messio, Cristiano Ronaldo and Neymar all feature, while Zlatan Ibrahimovic and Romelu Lukaku are the Premier League’s other representatives in the attackers’ category.

Last season’s line up saw just one man named who was had not featured for either Barcelona or Real Madrid during the 2015/16 season, in the form of Bayern Munich goalkeeper Manuel Neuer.

A record 13 Real Madrid players have been named among this year’s 55-man list, with the Spanish side having secured a quadruple of titles during the last campaign; their second consecutive Champions League trophy, the La Liga title, the UEFA Super Cup and the Club World Cup.

In other Tottenham news, one of Barnsley’s players has given a hilarious response to the performance of one Spurs man.