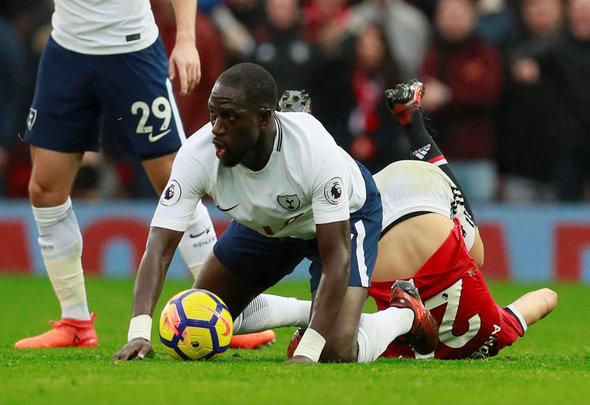 The fact that Tottenham kept a hold of French international Moussa Sissoko was a major surprise last summer, but it would be truly shocking if he repeated the trick a year on.

Joining from Newcastle for a massive £30million fee in the summer of 2016, his first season with Spurs was an unmitigated disaster, as he was panned from all corners of White Hart Lane for his unimpressive displays.

It seemed a near-certainty the club would cash in just 12 months on and put it down as a blot in their copybook, but surprisingly he remained in north London to try and fight for a first team role.

What is almost as shocking is that he has actually transformed himself from a flop to a mainstay of the senior side, the 28-year-old making 40 appearances across all competitions, including every FA Cup and League Cup match and missing just four Premier League outings.

However, despite his regular appearances, he is still in the firing line ahead of the summer window, and his exit could help provide Mauricio Pochettino with some big funds to help reinforce the squad with yet more quality.

One man who has been heavily linked with a move to Spurs is Norwich City’s James Maddison, the midfielder having been in imperious form in front of goal with 14 strikes in 41 appearances, as well as notching up 10 assists.

The Mirror claim that the likes of Tottenham, Manchester City and Everton are all interested in the 21-year-old’s capture, but that the Canaries have slapped a mega money £25million price tag on his head to ward off suitors.

The fee is not exactly pocket change to Daniel Levy, but it is also not out of reach – although you can be certain he would appreciate Pochettino raising some funds through sales in order to beat their Premier League rivals to the England Under-21 star.

Sissoko’s exit could fund a swoop for Maddison, and considering the talent the midfield goal machine is showing, it must be a no-brainer – miss out, and another top flight team will prosper.

In other Tottenham transfer news, the club are at the centre of a senior outcast urging his loan side to stab his parent club in the back.