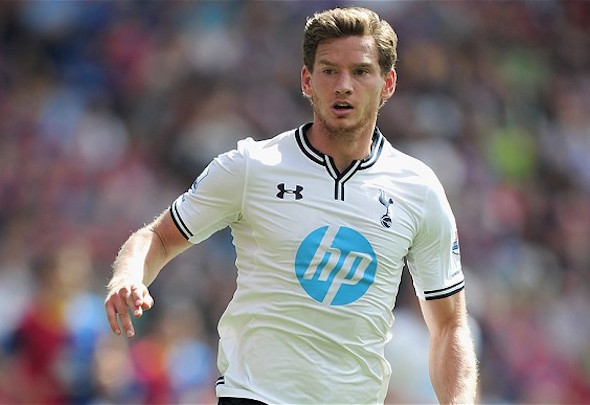 Jan Vertonghen believes he and Toby Alderweireld have developed a kind of telepathic relationship at the heart of the Tottenham defence.

Tottenham share the accolade of Premier League’s meanest backline with Manchester United after just 35 goals conceded this season, but much of that was down to Newcastle hitting Spurs for five on the final day of the campaign.

The Spurs duo have also delivered Tottenham’s best ever Premier League season in terms of defence and Vertonghen has explained that despite the wonderful partnership he has with Alderweireld, they rarely talk on the pitch.

“He’s been great for us and he’s a great guy for the group as well, so relaxed and down to earth,” said Vertoghen speaking to the Tottenham website.

“We know how we play. We want to play in the same way so we know how we want to defend, how much space to leave at the back and we just cope with it.

“We know how to protect each other and we don’t even have to speak much on the pitch, we just understand how we want to play.”

Alderweireld was named in the PFA’s team of the season, while Vertonghen had one of his finest seasons since his transfer from Ajax four years ago.

Despite the club season coming to a close, Vertonghen’s and Alderweireld’s partnership is set to continue in the Belgium national team.

The defenders began life together at Ajax, before they were reunited at Tottenham at the beginning of last season and will be eager to lead Belgium to European Championships glory this summer.

In other Tottenham news, a former Spurs striker has made his way into a Manchester United’s legends’ dream team.