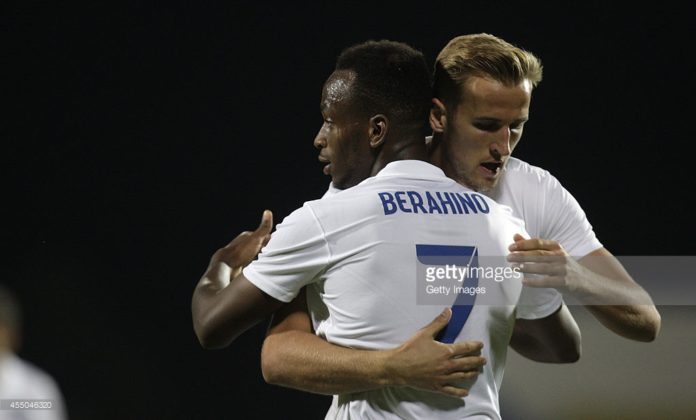 Spurs have identified the striker as one of their primary targets to strengthen Mauricio Pochettino’s front line.
The Londoners are willing to pay around £15million for Berahino but West Brom value him at above the £20million mark.
The Midlands club are trying to tie Berahino down to a new contract that would replace his existing £15,000-a-week deal, which has two years remaining.
Despite Tony Pulis’ desire to hang on to the forward, Spurs believe they can take advantage of the takeover talks that have limited West Brom’s transfer market activity.
White Hart Lane boss Pochettino wants Berahino to link up with Harry Kane next season in a reprisal of their partnership for the England Under-21s.

A knee injury forced Berahino to withdraw from the European Championships last month but he is now fully fit and is considered a viable option to refurbish Spurs’ front line.
The 21-year-old has scored 29 goals in 81 appearances for the Baggies and was their top scorer last season with 20 strikes, including 14 in the Premier League.
Tottenham are trying to offload misfit duo Roberto Soldado and Emmanuel Adebayor, who are both considered surplus to requirements by Pochettino.