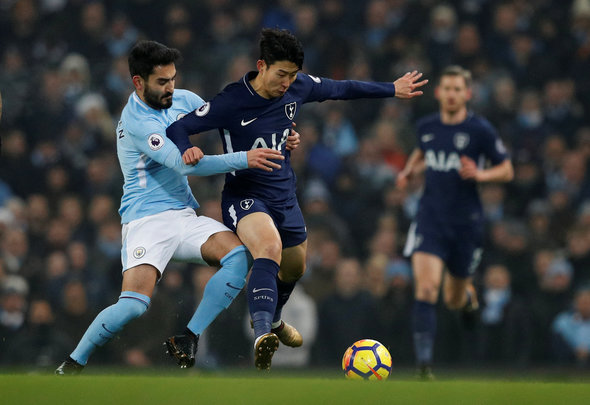 Tottenham Hotspur were beaten 4-1 by Manchester City at the Etihad Stadium on Saturday evening and are now 21 points behind them in the table.

Tottenham goalkeeper Hugo Lloris made two brilliant first-half saves to deny Sergio Aguero and Gundogan. Spurs improved after the restart and Harry Kane forced an outstanding save from City goalkeeper Ederson with a 20-yard drive.

Kevin De Bruyne made it 2-0 to City with a blistering shot on 70 minutes. The home side were then awarded a penalty after a poor challenge on De Bruyne from Spurs centre-back Jan Vertonghen, but substitute Gabriel Jesus smashed the spot-kick against the post.

Things got even worse for Tottenham when Raheem Sterling made it 3-0 moments later, tapping in at the far post to finish off a delightful team move after 80 minutes.

On 90 minutes, a mistake by Eric Dier allowed Sterling to tuck the ball through Lloris’ legs and slot into an ungraded net for his second. The away side did get one back through a fine striker by Christian Eriksen, but it was nothing more than a constellation.

Here, Football Insider rates the Spurs players out of 10 for their performances at the Etihad Stadium, including a normally dependable player who had a disappointing 4/10 performance.