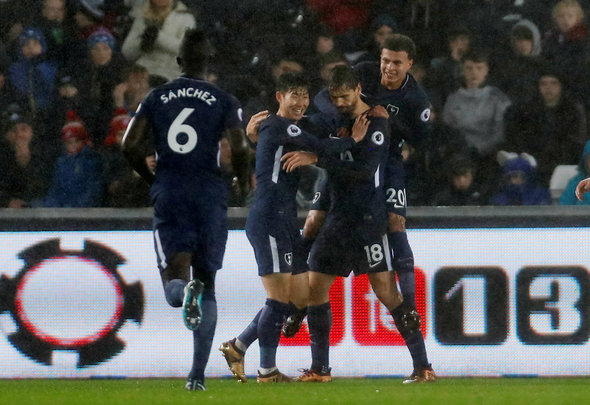 Tottenham Hotspur lost even more ground on Man City tonight as they could only muster a draw with West Ham in the Premier League tonight.
Spurs manager Mauricio Pochettino fielded a strong team in this rescheduled fixture, even though many of the players had featured just two days earlier against Swansea.
Coming to the end of this hectic Christmas period the tired legs showed, as Spurs struggled to break down West Ham’s defence in the first half, as the teams went to the dressing rooms at 0-0.
Neither keeper had much work to do, although the best chance of the half did fall to Harry Kane, who just couldn’t control Aurier’s tantalising cross.
It was the second half that was the more entertaining of the two, as fans witnessed two wonder goals, the first by West Ham’s Obiang, with a Son equaliser of similar quality.
The game ended 1-1 which was probably a fair result given the resolute West Ham defence, although Spurs fans won’t agree when they see their possession and shots on target stats.
Click below to check out our ratings for all the Tottenham players and subs after a disappointing night at Wembley…