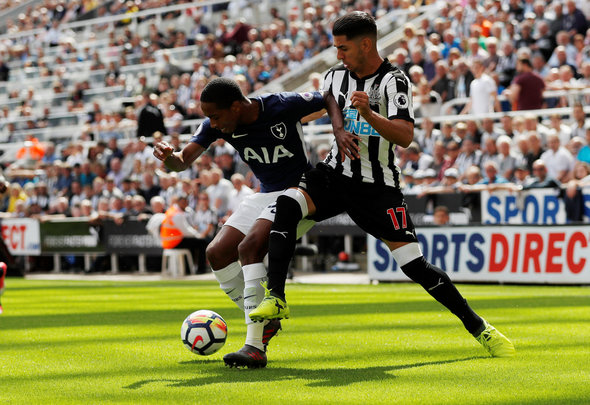 Tottenham are poised to offer right-back Kyle Walker-Peters a brand new contract at the club, according to a report.

The Daily Mail claim on the live transfer blog on their website (Saturday, 12:44) claims that the North London club are ready to present the 20-year-old with a five-year deal, which will be his third contract at Spurs in the last 18 months.

The report claims that Spurs boss Mauricio Pochettino is desperate to keep hold of the youngster as he feels that the full-back has developed well and can offer him versatility on both flanks.

The youngster impressed on his debut appearance for the first-team last weekend as Spurs enjoyed an opening day 2-0 victory over newly-promoted Premier League Newcastle United.

Walker-Peters was energetic throughout the 90 minutes and posed an attacking threat on the right-hand side.

The Englishman is set to enjoy many more minutes with the first-team following Kyle Walker’s move to Premier League rivals Manchester City this summer.

The defender has experienced an impressive summer as he was an important part of the Under-20 England national team who won the World Cup in South Korea.

Walker-Peters is likely to feature from the start as Tottenham face champions Chelsea in their first ever Premier League match at Wembley Stadium on Sunday afternoon.

Pochettino is stepping up his defensive overhaul after the signing of Davinson Sanchez from Ajax was announced on Friday night, while Kyle Walker was sold to Manchester City earlier in the summer.

Kyle Walker-Peters deserves a lot of credit for the way he has handled being thrown straight into the Spurs first-team this season. The fact that Pochettino is ready to offer him a new deal just shows how much confidence he has in the youth players at the club and that he is willing to give them an opportunity to prove themselves. The defender impressed in his first league start but Newcastle were down to ten men for the majority of the game which made things easier for the youngster. The real test will come this weekend against Chelsea and if he manages to produce a similar performance, he will definitely be one to keep an eye out for in the future.

In other Tottenham transfer news, 24-year-old transfer all but done.