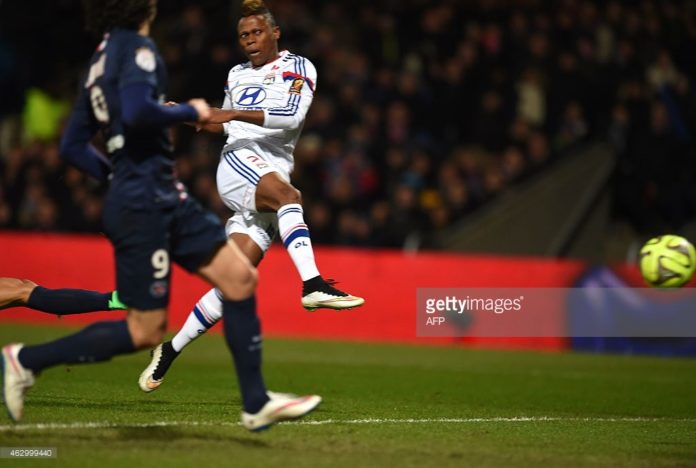 N’jie is set to fly to London in the next 24 hours and undergo medical tests at Spurs’ Enfield training headquarters.
Football Insider revealed on Tuesday that Spurs and N’jie’s representatives have finalised the details of a five-year contract with a basic salary of £45,000-a-week.
Tottenham have finalised a fee with Lyon for the 21-year-old after making a new offer of £10million plus £1.5million of add-ons.
They are now waiting for the French club to release the Cameroon international.
N’jie has been targeted due to his pace and ability to play in any of the three positions behind the centre-forward. He has scored eight goals in 43 appearances for Lyon in the French top division and has won eight caps for Cameroon, netting three times.
Manager Mauricio Pochettino revealed in the aftermath of his team’s opening-day 1-0 Premier League defeat to Manchester United that he was hopeful several new players would be joining before the transfer window closed.
In addition to N’jie, Tottenham are also working on deals to sign strikers Saido Berahino and Javier Hernandez, from West Brom and Manchester United.

Manager Mauricio Pochettino wants a pacy front man to play alongside Harry Kane, or as a lone spearhead when the England international is absent.
Spurs have set aside £25million to sign both Berahino and Hernandez as they prepare to sell misfit duo Emmanuel Adebayor and Roberto Soldado.