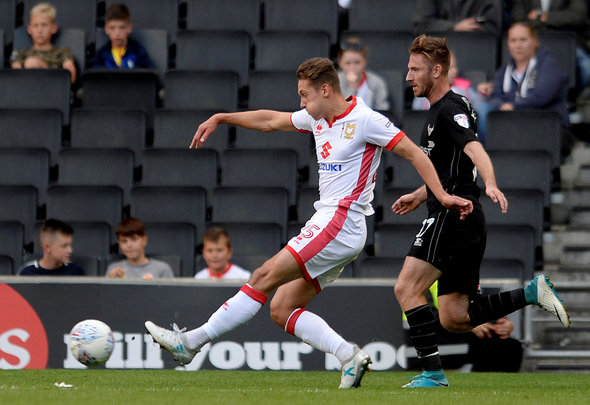 Tottenham are lining up a move for MK Dons defender Callum Brittain with his contract set to expire next summer, according to a report.

The Daily Mail claim on their website that Spurs, Chelsea, Southampton and a host of Championship clubs are monitoring the 19-year-old’s progress after impressing in League One.

He broke into the MK Dons first team last season and although he started his career out on the right wing, he has been a revelation at right back.

Having made eight appearances during the last campaign, he has started this season as a first team regular with nine appearances, eight of which have come in the starting XI.

His impressive form has earned him a call up to the England under-20 squad, making his debut at the start of October in a 5-1 victory over Italy before appearing as a substitute against the Czech Republic, providing assists in both matches.

Tottenham are well known as producers of the best young English talent at the moment, and their last import from MK Dons, Dele Alli, has done rather well for himself. However there would be questions over whether Brittain would be given the chances he might expect under Maurico Pochettino. The Argentinian manager already has Kieran Trippier and Serge Aurier at right back, while young defender Kyle Walker-Peters is not far behind. As a result, game time would be at a premium for the former right winger, and he would have to consider whether he needs to make a move to a very top club right now. Perhaps Southampton, who are likely to let Jeremy Pied depart at the end of his contract in 2018, would be a better choice in terms of his own development, but the lure of Pochettino and Champions League football might be too much to resist.