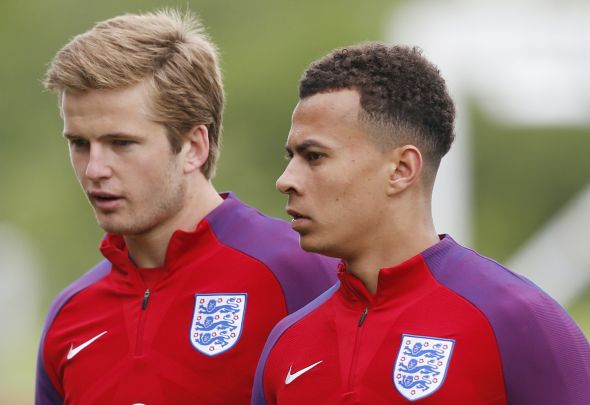 Eric Dier has got his own back on Tottenham teammate Dele Alli after he missed a glorious chance to extend England’s lead against Malta.

Alli was given the chance to convert what seemed a simple finish from close range after an inch-perfect low cross from teenage wonderkid Marcus Rashford during the Three Lions’ victory.

However, Alli inexplicably managed to blaze over, leaving the score at 2-0.

In response to a video of Dier being skilfully nutmegged by Alli in England training, Dier questioned Alli on his personal Twitter account asking “how can you miss a whole goal from two yards?”

Former MK Dons midfielder Alli had already scored England’s second goal against European minnows Malta, after poking in the rebound from his own shot towards the end of the first half.

Dier was an unused substitute as England secured their second win from two games in Europe’s Group F of the 2018 World Cup qualifying stage, but could be handed his first cap under Southgate against Slovenia on Tuesday.

Alli’s goal was just his second for England, after scoring a wonderful goal against France in his first start back in November 2015.

In other Tottenham news, this pundit has claimed he is unimpressed with one of Spurs’ new signings.