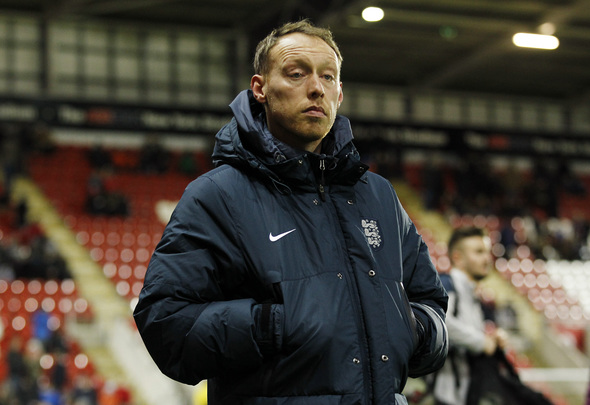 Three of Tottenham’s academy prospects have been named in England’s squad to face Norway on Thurasday as the Under-17 European Championship kicks off.

Tashan Oakley-Boothe and Timothy Eyoma are named in Steve Cooper’s starting line-up while Reo Griffiths has a place on the bench.

The official England Twitter page announced the team news ahead of kick-off.

England begin their Group D campaign against a Norway side which scraped through the qualification rounds.

Ukraine and the Netherlands are the other two teams that make up the Young Lions’ group for the youth tournament that is being hosted in Croatia.

Portugal are the holders of the competition while England’s last victory in the annual tournament came in 2014 after a penalty shoot-out victory over the Dutch.

Oakley-Boothe is currently one of the stars of the Spurs youth set-up, having already made three Premier League 2 appearances despite being aged just 17.

The central midfielder will be earning his ninth Under-17 cap against the Norwegian side.

Eyoma, 17, has also taken part in three Under-23 games for Spurs this season and the centre-back will be picking up his eighth Under-17 cap on Thursday.

Griffiths has scored goals for fun this season in a number of youth competitions.

The 16-year-old has netted nine goals in 17 appearances for the Spurs youngsters this term.

In other Tottenham news, Vincent Janssen has delivered a message to the fans ahead of Friday’s trip to West Ham.