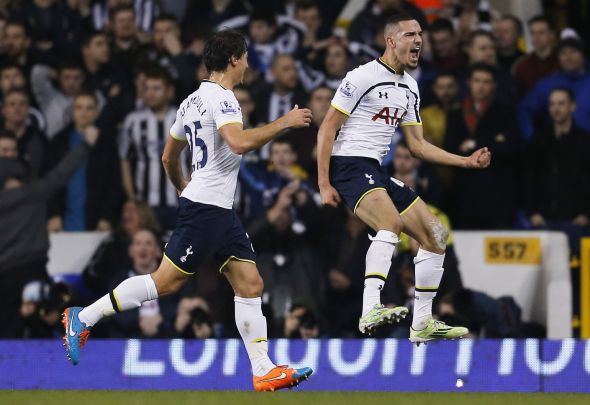 Nabil Bentaleb started for Algeria in Saturday evening’s clash against Nigeria and Tottenham fans took to Twitter to request his return as he continued with his impressive form.

The 21-year-old played the full 90 minutes and got on the score sheet, despite Algeria suffering a 3-1 defeat in their World Cup qualifying group.

The goal marked his sixth goal from his last seven appearances for club and country from his midfield position.

With Tottenham scoring just four goals from their last seven fixtures a number of fans took to social media to call for Bentaleb’s return given his run in front of goal.

Bentaleb scoring for his country too! FFS #thfc #BringBackNabil

I don't care about the goals, Bentaleb is simply a better player than Sissoko and is a better option than Alli in midfield or playing 2 DM's

The midfielder completed a season-long deal to the Bundesliga after struggling to get match time with Tottenham in the last campaign which saw him play in just 11 fixtures for the club.

He has taken to life in Germany well making 14 appearances and scoring five goals for the club.

Meanwhile, Spurs are currently going through a poor run of form having not picked up a victory in any of their last seven matches in all competitions.

In other Tottenham news, the club’s emerging duo trained with the senior England team.