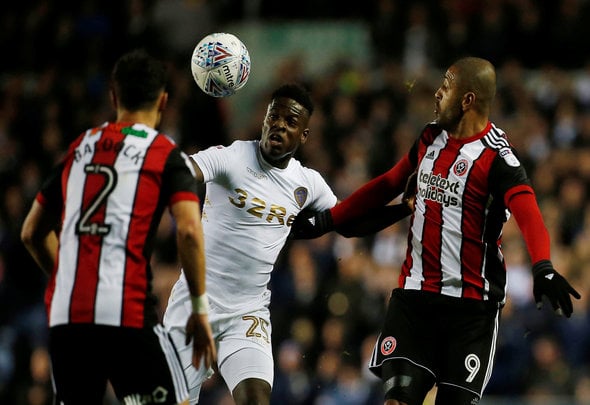 Leeds United manager Paul Heckingbottom has pointed the finger of blame at the pressure put upon midfielder starlet Ronaldo Vieira following his struggles to hit the expected heights this season.

The 19-year-old was a regular in the first team last season, making 38 appearances across all competitions after breaking through the youth ranks, but has failed to follow up his impressive displays in the current campaign.

He only appeared three times in the club’s opening 12 games, and has just 24 outings under his belt in both league and cup matches, 18 of those coming in the starting XI.

Now Heckingbottom, who is Vieira’s third manager in the last two seasons, insists that the belief placed upon the youngster’s shoulders has held him back, and that he needs support to carry the weight of expectation.

He told the Yorkshire Evening Post: “He burst onto the scene and he’s got tremendous attributes and big potential but he’s got to learn about himself and about the game, about what’s required.

The pressure put on them is not necessary.

“It can be tough to handle when you’re already playing at a big club in a tough league, as a young person.

“Things like that can be handled well while still pushing him and demanding things from him. He still needs the support.”

There is no doubt Vieira is one of, if not the, brightest young talent at Elland Road but as the manager says, expectations need to be managed. He is not going to be a world beater right now and he will not single-handed change the outcomes of games week in, week out. He is developing himself as an established first team member and it is important to remember that he is just 19-years-old. He has a lot of potential and under the right sort of manager he will flourish, but he also needs the backing of the fans, his teammates and just generally those around him to help him reach his full potential. His game time will play a big factor in that, helping build his confidence and getting him back to where he was performing last season.

In other Leeds United news, Hecky has revealed who was behind one man’s surprise snub against Bolton.