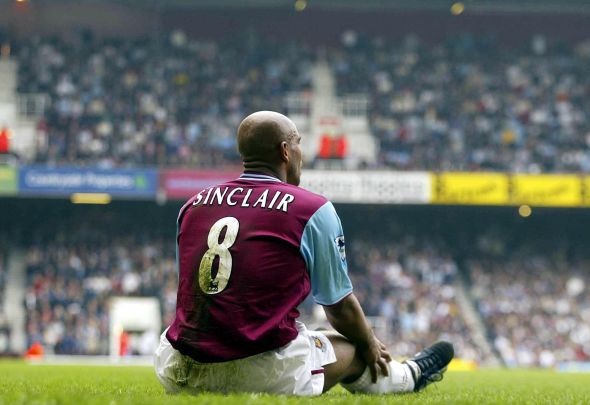 Trevor Sinclair believes it was “farcical” that Celtic striker Leigh Griffiths was not awarded a penalty during the 1-1 draw in the Old Firm clash on Sunday afternoon at Parkhead.

Midfielder Stuart Armstrong had given the home side the lead in the first half with both teams trading feisty tackles throughout the match.

Minutes before the whistle, Gers centre-back Clint Hill snatched a late draw for the away team in the hotly contested Scottish Premiership match.

However, the experienced player was involved in a moment of controversy moments before the whistle when he chopped down Griffiths in the penalty area.

Former West Ham player Sinclair was surprised that the referee didn’t award the penalty as he questioned his decision.

The results leaves the Gers in third place, a mammoth 33 points behind their bitter rivals in the SPL table.

It is looking highly likely that the Bhoys will finish the season unbeaten as they have drawn only two of their matches this term, winning the other 26 games.

Former Liverpool boss Brendan Rodgers is in his first season in charge at Parkhead and the Celtic coach has guided the Glasgow club to an unbeaten run on the domestic scene in Scotland.

They have already lifted the Scottish League Cup earlier on in the campaign when they beat Aberdeen in November as they are now set to claim the SPL title in record fashion.

In other Celtic news, Derek Ferguson has stated that this 27-year-old can have no complaints about his poor performance against Celtic.