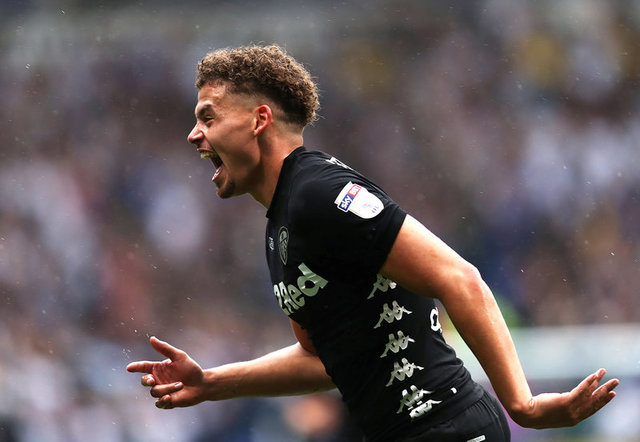 Eunan O’Kane, Kalvin Phillips and Liam Cooper have been transformed from bit-part players into key members of a winning machine, according to David Prutton.

Central midfield pair O’Kane and Phillips have each started all seven of Leeds’ Championship fixtures this season, while skipper and centre-back Cooper has begun six of the matches.

The trio were fringe players under former manager Garry Monk last season but have all been integral in the team that leapfrogged Cardiff City to take top spot on Tuesday night after securing a fourth consecutive victory with a 2-0 triumph against Birmingham City.

It maintained Leeds’ unbeaten start to the season in all competitions and took their points tally from seven matches to 17.

Sky Sports pundit Prutton explained how Christiansen has made a huge impact in not only integrating the star new signings such as Samuel Saiz and Ezgjan Alioski but also in rejuvenating those who did not always find favour under Monk.

“His new signings have fitted in well but I also think there’s a story to be told in the way that some of the existing players are performing,” Prutton told the Yorkshire Evening Post.

“Eunan O’Kane wasn’t used as much as he should have been last season but he seems to be driving the midfield, leading it with his experience. Kalvin Phillips has been excellent and, like Liam Cooper, is playing as well as he ever has for Leeds.

“That can’t be a coincidence and it can’t be happening by chance. Christiansen is impacting on everyone it seems and everyone is buying into his ideas. Who knows if it will last over seven or eight months but the performances are of a standard which suggests that it might.”

Leeds are next in action on Saturday when they travel to Millwall aiming to continue their remarkable run of form.

Thomas Christiansen’s side have not conceded a goal since the opening day of the Championship season, a 3-2 win against Bolton Wanderers.

Cooper is expected to win his fitness battle to start at the Den after being withdrawn in the second half of Leeds’ win against Birmingham with a minor injury.

In other Leeds United news, the Yorkshire giants and Newcastle United have made rival bids to sign a defender and he has now agreed a deal.