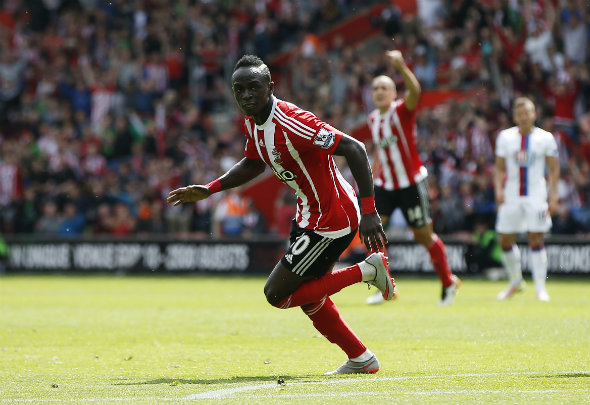 Liverpool’s marquee summer signing revealed that he turned down Manchester United in order to sign for Jurgen Klopp’s side this summer, and Twitter reacted in some style.

The 24-year-old has become the most expensive African player in history with his move to Anfield, after scoring 11 Premier League goals from a wide attacking role last season.

The Senegal international was a target for ex-United boss Louis van Gaal on the back of two impressive seasons on the south coast, and there were reports that Jose Mourinho was also interested in the forward.

Mane signed with The Saints two years ago from European side RB Leipzig, after playing an integral part in helping the Austrian giants do a League and Cup double two years in a row.

The versatile attacker declared that he believes that the size of the Merseysiders was an important factor as he made the decision to reject Manchester United.

Here are some of the Tweets from different sets of fans in response to the news:

Sadio Mane claiming he rejected us for Liverpool…. Yeah because you would have been our first choice ahead of Mkhitaryan. ???

Sadio Mane revealing his @Manutd snub as if he was Paul Pogba and United were chasing him crazy ?.

Mane saying he turned down United, when did Mourinho ever offer for you??? Silly boy

Sadio Mane trying to hype himself that he turned down #mufc

Really gutted, We could get Ibrahimovic,mkhitaryan without champions league but we couldn’t get Sadio Mane?

Mane, who has also had a spell with French Ligue 1 side Metz, finished his first season in England by claiming the fastest recorded hat-trick. He scored three goals in just two minutes and 56 seconds as the Saints demolished Aston Villa 6-1.

The new Reds star will now be hoping his decision was correct as his side ready themselves for another season in the Premier League.

In other Liverpool transfer news, these two players are set to follow Ryan Kent out of the club in the next coming weeks, as he joined Barnsley on-loan.