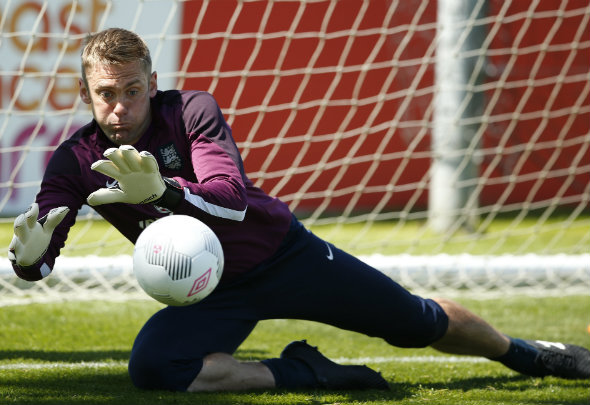 Robert Green and Rickie Lambert would both be named in a starting line-up comprised of the best Leeds and Cardiff players.

The two Championship clubs meet in the league on Saturday and both teams have endured difficult starts to the new campaign.

Goalkeeper Green moved to Elland Road in the summer and has suffered a difficult start but the 36-year-old does boast years of top-level experience, including 12 appearances for his nation.

Likewise forward Lambert moved to Cardiff in the transfer window and the deadline-day signing made 11 appearances for England, scoring three goals.

Cardiff currently sit inside the relegation places with just five points from their opening seven games. Garry Monk’s side recored a 2-1 win over Blackburn on Saturday but are only two points better off in 18th place. Green gets the nod in goal over Cardiff options Ben Amos and Ben Wilson with the expectancy that he will begin to settle soon in the Championship.

The Leeds full-backs Luke Ayling and Charlie Taylor are two of the club’s most reliable players and edge out former Whites defender Lee Peltier.

Swansea loanee Kyle Bartley has impressed with some powerful performances since he moved to Leeds this summer and could strike up a good partnership with the experienced Sean Morrison.

Monk recently named Liam Bridcutt his captain following his permanent switch from Sunderland and the midfielder impressed during the 27 appearances he made at the club on loan last season.

Alongside Bridcutt would be the experienced Cardiff midfielder Aron Gunnarsson who skippered and starred in every match of Iceland’s incredible Euro 2016 campaign. He has now racked up 203 appearances for Cardiff and is one of their most reliable players, scoring 20 goals and supplying 19 assists in the process.

Hadi Sacko and Anthony Pilkington could provide an exciting option behind the forwards and the latter has gained top-flight experience with Norwich.

Leeds youngster Sacko has made a great start this season following his loan from Sporting Lisbon and the club’s supporters expressed their delight with him after the Blackburn win.

The Whites forward Chris Wood, who has scored four goals already this season, could partner Lambert in attack and the two would be a real handful for defenders with their strength.

In other Leeds news, their senior player has supported claims of Garry Monk being sacked and then deleted his Twitter account in shame.