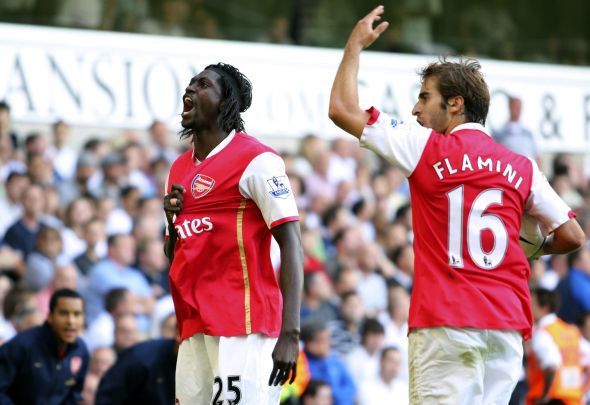 Torino and Roma are attempting to sign released Arsenal midfielder Mathieu Flamini, according to a report.

Italian broadcaster Sport Italia claim, as reported by the Metro, that the midfielder is close to a return with Roma and Torino entering formal discussions.

The combative midfielder, 32, is currently without a club after his Emirates deal expired at the end of June and is looking for a new side.

French outlet Le Phoceen claimed at the start of August that Olympiakos were actively working on a deal to sign the former France international while Foot Mercato reported that Marseille were keen on signing him.

The former Marseille man signed for the Gunners in 2004, before joining AC Milan four years later. After five years in Italy, the French international rejoined Arsene Wenger’s side in 2013 for a second spell.

In total, Flamini spent seven years at Arsenal and made 242 first-team appearances.

According to Superscommesse, Championship giants Leeds United were also interested in a making a move for the player, who has made a fortune with a company that produces a chemical that could save the planet.

In other Arsenal transfer news, Stan Collymore tells a Premier League star to shave his head and move to the Gunners.