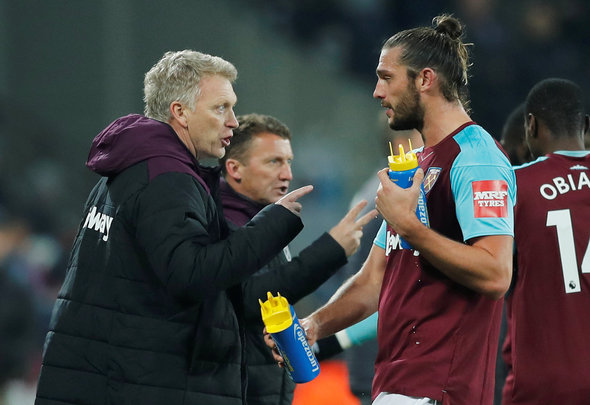 West Ham strike force duo Andy Carroll and Javier Hernandez are both likely to miss the FA Cup third round replay versus Shrewsbury Town on Tuesday.
Hammers boss David Moyes confirmed the news during a press conference, stating that Carroll is not fit, and that Hernandez was sent home unwell from today’s training session.
A reliable journalist quoted Moyes’s comments in his tweet:

Ahead of the FA Cup replay. "Andy Carroll is not fit yet. Chicharito came in this morning but was sent home unwell, and we don't know if he will be okay for tomorrow. We've got some bumps and bruises. We will assess everyone tomorrow. Today was a light training session." #WHUFC

At this point it is unkown as to how severe Chicarito’s illness is, so he could yet feature in the game, although he did start and fail to score in the first fixture.
West Ham were forced into the replay by Shrewsbury, who did not look out-matched at all in the first fixture as the game ended 0-0.
Moyes will not want to be without the pair, as he will need all the attacking presence he can muster if he is to avoid the banana skin – but he is to assess the situation tomorrow.
Should West Ham defeat their League One opposition, they will move on to face the winner of Wednesday’s fixture between Wigan Athletic and AFC Bournemouth, as they too were forced into a replay.
In other West Ham news, the Hammers are reportedly interested in striking a direct swap deal to send one player to his former club in order to bring in a defender.
We’ve launched a << BREAKING NEWS FEED>> exclusively for your club. ‘Like Us’ on Facebook by clicking here if you want 24/7 updates on all West Ham breaking news.