Michael Brown has revealed how Sheffield United beat Chelsea to the signing of defender Enda Stevens.

Speaking exclusively to Football Insider, the ex-Blades midfielder explained that Chris Wilder trumped the Premier League giants to land the left-sided ace from Portsmouth back in 2017.

It has proved to be a shrewd purchase as Stevens, 29, has followed up his starring role in United’s Championship campaign by being an ever-present in the Premier League this season. 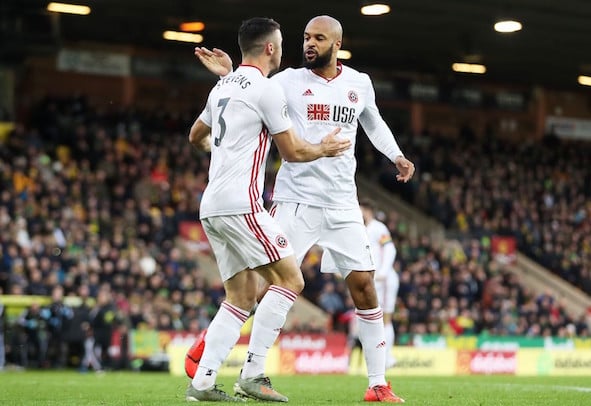 The Republic of Ireland international has made 121 appearances for the Blades, more than any other club in his extensive professional career.

“Chris (Wilder) said to me at the start, I’m making some good signings, lads who are hungry, I don’t want lads coming down, lads at a different level, I just want lads who are really hungry, they’ve still got something to prove, they still want to fight’.

“And he signed a lot of players but generally the bulk of the team this season were still from the Championship.

“Enda Stevens, Chelsea had shown a big interest in him, massive interest in fact and that just shows, unbelievable.

“If you’re being realistic that Sheffield United team is a team, they all cover for each other, they all have that backbone.

“You go put an Enda Stevens in at left-back at Chelsea… he’s playing left-wing back in
this particular role at Sheffield that suits him perfectly well. I just think the team’s great.”

The left-sided ace is regarded by Wilder as a crucial player in his system and has gained the complete trust of the manager.