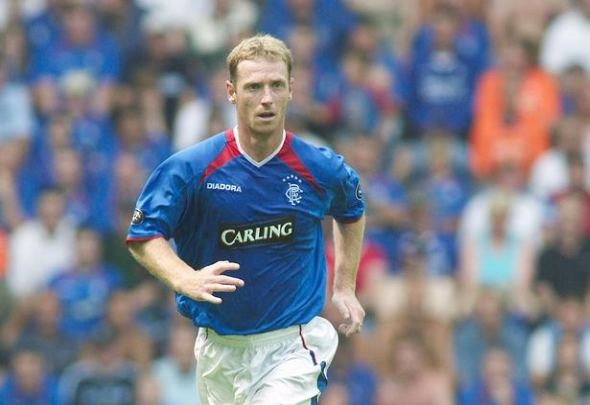 Former Rangers defender Craig Moore has claimed Alec Cleland was “unbelievable” for the Gers during their nine-in-a-row winning season – and thinks the right-back “never ever” let anyone down with his performances.

Cleland is an often-forgotten member of the all-conquering Gers side at the time before being replaced by Italian star Sergio Porrini but was a huge part of Walter Smith’s side.

“Alec was unbelievable – so consistent and never ever did he let anyone down. He controlled that flank for us,” Moore said, as quoted by Rangers’ Youth Development Company on Twitter.

Alec was unbelievable – so consistent and never ever did he let anyone down. He controlled that flank for us https://t.co/DvVLNBkOjO

Cleland joined the Gers from Dundee United in 1995 and made 133 appearances for the Gers before joining Everton in 1998.

The full-back won three Scottish titles, a Scottish Cup and a Scottish League Cup during his time at Ibrox.

Cleland was a huge part of the Gers’ success under Walter Smith and never quite gets the credit he deservers for his performances at Ibrox. Although he was replaced by Sergio Porrini, Cleland was a player who still had a lot to offer at Ibrox. For all of Cleland’s good performances he will likely always be remembered for being absolutely destroyed by Juventus icon Alessandro del Piero in the Stadio delli Alpi in the Champions League in 1996. Incredibly, Cleland never earned a Scotland cap despite being a key player for the Gers for a number of years.