Alan Hutton has claimed the Celtic Scottish Cup triumph has simply papered over the cracks that have emerged at Parkhead this season.

The former Rangers and Scotland defender, speaking exclusively to Football Insider assistant editor Russell Edge, has insisted there is still a lot for the Hoops to worry about despite their “unbelievable” achievement of winning four successive domestic trebles.

The Bhoys triumphed on penalties at Hampden Park after Championship side Hearts managed to hold the Glasgow giants to a 3-3 draw after extra time. 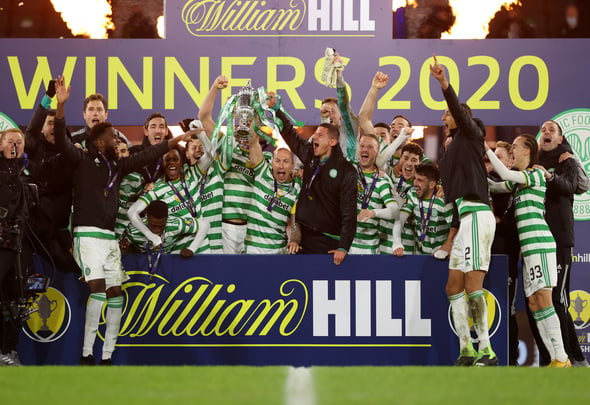 Neil Lennon’s men had let a 2-0 lead slip and had to rely on goalkeeper Conor Hazard to be their shootout hero as he saved two of Hearts’ spot-kicks.

Hutton has admitted he predicted the Hoops would manage to overcome their recent issues to seal victory but admitted there was still plenty for the Parkhead faithful to worry about after full-time.

Hutton told Football Insider: “I always thought Celtic were going to win this game, I must admit that. I did believe that even if they did win it, it is papering over the cracks.

“Obviously there are situations going on over there with their league form, the Europa form, everything that’s going along with the manager, it’s a difficult situation. It’s good what they’ve done, nobody can take that away from them. 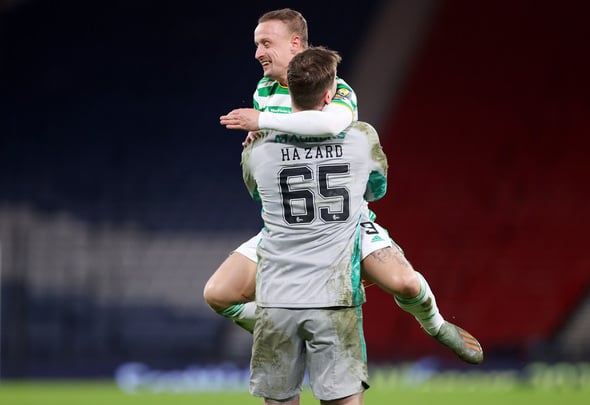 “They would have been expected to blow Hearts away and they didn’t. They went 2-0 up, you thought right it’s done and dusted, probably a few more goals, and they let Hearts back into it and we’ve seen those defensive frailties yet again.

“Yes, they won, but there’s still a worry there in my opinion.”

In other news, Celtic legend has suggested the real reason for dramatic decline at Parkhead – ‘I’ve never seen it before’.