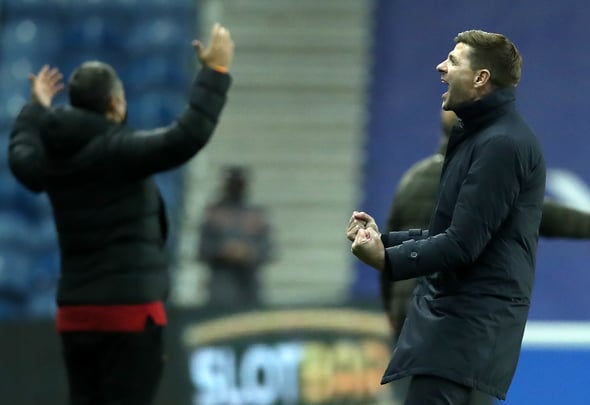 Alan Hutton has been left raving after Jermain Defoe marked his return to the Rangers starting XI with a goal versus Livingston.

Speaking exclusively to Football Insider assistant editor Russell Edge, the former Gers and Tottenham defender insists his former teammate is a rare talent who can hit the ground running despite a spell on the sidelines.

Defoe, who missed the start of the season with a hamstring injury, had made three substitute appearances before his first start on Sunday.

He netted the Gers’ second, and his 300th club goal, with a fine first-time finish after a long ball forward from James Tavernier.

Hutton admits there are very few players who could get straight back into the swing of things and that Defoe proved his quality against Livingston.

Hutton told Football Insider: “Obviously I’ve known him for a long time and I know how well he looks after himself. He’s always physically in top shape.

“It doesn’t surprise me, he’s probably one of the only ones who can come in and do that, he’s just so sharp. The ball from Tavernier was unbelievable but to finish the way he did and take it in his stride, it’s such a hard thing to do.

“He’s a fox in the box and whenever he’s called upon he seems to deliver.”

Defoe initially joined Rangers on loan from Bournemouth back in January 2019 and turned his move permanent this summer.

The former Spurs and Sunderland striker has scored 27 times in 56 appearances for the Gers, although only have of those came among the starting XI.

In other Rangers news, an Ibrox transfer target has left pundit purring.