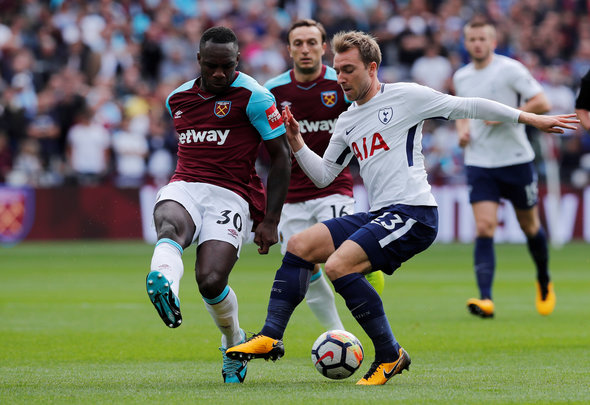 Tottenham defender Jan Vertonghen has said that team mate Christian Eriksen is among the best playmakers in the world.

The 71-time capped Danish international scored in Spurs’ 3-2 victory over West Ham on Saturday to overtake former Arsenal man Nicholas Bendtner to become the top scoring Dane in the Premier League with his 33rd strike in the top flight.

It was his 44th goal in all competitions for the club, while he has also set up 60 assists for his team mates in 186 appearances since joining from Ajax back in the summer of 2013.

Vertonghen, who was a team mate of Eriksen’s at the Dutch side before reuniting in North London, believes the 25-year-old has flourished over the last couple of seasons to become one of the leading players in the world.

The defender told Yahoo Sport: “I’ve known him for many years and he’s always been a great talent, a great player.

“I think Christian has made unbelievable progress. Especially in the last two seasons, (he) has been enormous.

“Everyone always said that you have to be the best playmaker in the world with his quality and I think definitely the last years have seen big, big steps forward.”

When asked about the possibility of Eriksen being named the very best in his role, Vertonghen had little doubt, telling Yahoo Sport: “I believe so, yes.”

Eriksen’s contribution to his club is often overlooked by the impressive performances of Harry Kane and Dele Alli, thanks to their goal scoring exploits.

However, last season saw the playmaker play a key role in his side finishing second in the Premier League, with eight goals and 15 assists in the league.

The Dane has continued his fine form into this season, with two goals and four assists in seven appearances across all competitions.

In other Tottenham news, Mauricio Pochettino has admitted he does not know when a key player will be back.